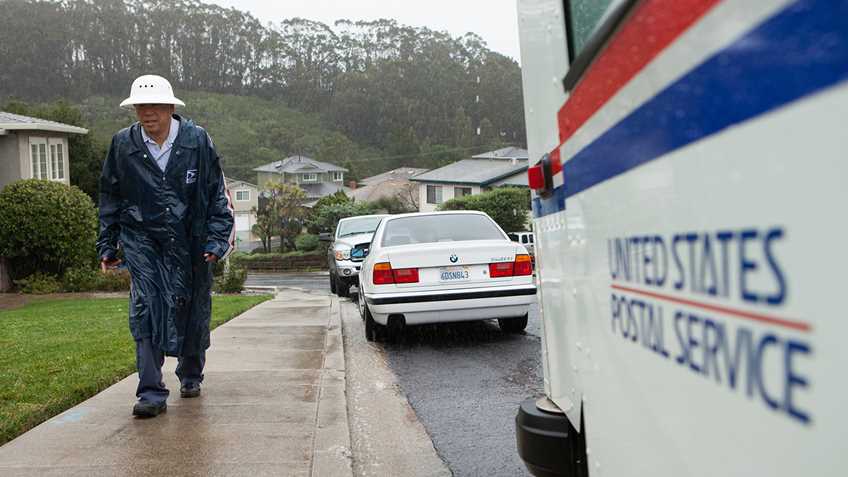 On June 26, a divided panel of the U.S. Court of Appeals for the Tenth Circuit reversed a lower court ruling that had held the U.S. Postal Service could not completely ban the possession of firearms in its parking lots. The case concerns Tad Bonidy, a Colorado man who lives in a rural area, does not get mail delivery at his residence, and must retrieve his mail from a box in a post office lobby that is open to the public at all times and has no security for visitors. A concealed carry license holder, Bonidy argued that he has a Second Amendment right to carry his firearm for self-protection when retrieving his mail, despite a Postal Service regulation broadly banning firearms from all postal property.

The lower court agreed with Bonidy to the extent that he possessed the firearm in his vehicle while in the postal parking lot but also held the regulation could be enforced against Bonidy inside the post office itself, including the lobby. The Tenth Circuit, however, ruled that the Second Amendment does not apply to “government buildings” and that this term includes the post office parking lot at issue in the case.

Judicial defiance of the Second Amendment is certainly nothing new. Nevertheless, the majority opinion managed to distinguish itself for the lengths to which it was willing to go, not just to disregard the Second Amendment, but to narrow it as much as possible for future cases.

In disposing of Bonidy’s Second Amendment claim, the court referred to language in both the Heller and McDonald decisions of the U.S. Supreme Court that characterized “laws forbidding the carrying of firearms in sensitive places such as … government buildings” as “presumptively lawful.” Of course, neither one of those cases had anything to do with carrying firearms in government buildings, so the Supreme Court had no occasion actually to rule on that issue. Statements of this sort, in which courts offer opinions on issues not actually before them, are known in the legal profession as “dicta.” The U.S. Constitution gives the federal judiciary authority only to resolve actual disputes, not simply to create new law by pronouncement. Strangely, however, the Tenth Circuit found itself bound by one implication of the Supreme Court’s dicta but not another.

The majority in Bonidy wrote that we are “bound by Supreme Court dicta almost as firmly as by the Courts’ outright holdings … .“ In that regard, the court acted as if it had no choice but to consider the Supreme Court’s statements about “government buildings” as virtually ironclad limitations on the Second Amendment (never mind that the opinion mentions no reason why the unstaffed lobby of a post office should be considered “sensitive”).

Yet on the question of whether the Second Amendment actually applies to carrying a firearm outside the home (another issue not presented by the Heller or McDonald cases), the Tenth Circuit suddenly found the dicta no longer so constraining. Clearly, people don’t have “government buildings” inside their homes. Thus, the Supreme Court dicta cited by the Tenth Circuit necessarily implies that the Second Amendment does apply outside the home in non-sensitive places. Yet while admitting that the Second Amendment’s application to public carry is a “reasonable assumption,” the Tenth Circuit went on to assert that “it is not necessary for us to make a definitive ruling on this” to resolve the constitutionality of the postal property ban. This is because, in the court’s view, any such right would still have to yield to regulations on government property.

But the Tenth Circuit majority opinion went even further by overruling the lower court on the question of whether Bonidy still had some Second Amendment protection within the post office’s outdoor parking lot. Although the Supreme Court had said nothing about parking lots, the majority held that under the facts of the case, “the parking lot should be considered as a single unit with the postal building itself ….” Their only explanation for this was that the parking lot contained “a drop-off box for the post office,” meaning that “postal transactions take place in the parking lot as well as in the building.“

Evidently realizing the incredible weakness of its own arguments, the majority then launched into an extended “equal and alternative basis” for its holding, one that further debased the strength and importance of the Second Amendment. First, it held that “[i]f” Second Amendment applies outside the home,” it would only be subject to weak “intermediate scrutiny.” This is so, in their opinion, because exercising the right to carry firearms in public “poses inherent risks to others.” The majority contrasted this to other “fundamental rights” (such as “the right to marry”), which they theorized were due more judicial protection because they can be “be exercised without creating a direct risk to others.”

But the majority wasn’t finished. It then went on to hold that where the government is regulating its own property, the Second Amendment gets even weaker, and the post office should be treated more like a private business than a governmental entity strictly bound by the Constitution. The court also held that the fact some customers, like Bonidy, would be more adversely affected by the post office’s rule than others is irrelevant.

One member of the panel dissented from the majority’s rulings on the scope of the Second Amendment and its application to the post office parking lot. “I would explicitly hold in this case that the Second Amendment applies outside the home instead of assuming but not deciding it does,” the dissenting judge wrote, “ and, “I would affirm the district court’s invalidation of the regulation as applied in the parking lot.” The judge criticized the court’s dismissive analysis, stating, “the majority’s analysis would seem to give the government free rein to restrict Second Amendment rights based on little more than showing that it owns the property at issue. … Heller demands more.”

Heller does indeed demand more than most federal courts have been willing to recognize. Yet courts seem perfectly willing to defy that decision’s plain language that they lack the authority to determine on a case-by-case basis whether the Second Amendment “is really worth insisting upon.” For now, it seems, the best hope for strong protection of the Second Amendment resides with the peoples’ elected representatives, not with a federal judiciary that is beholden only to its own elitist viewpoint.