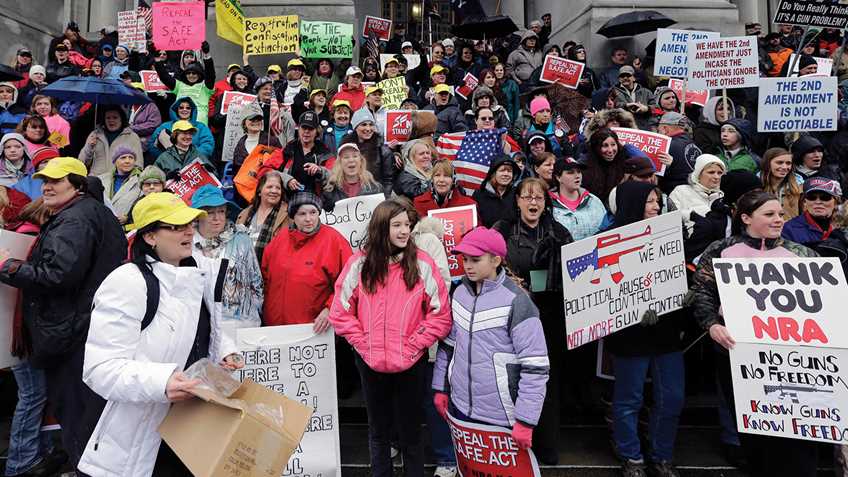 In an utter embarrassment to New York Governor Andrew Cuomo and anti-gun legislators in Albany, recently released New York State Police data reveals massive noncompliance with the SAFE Act’s registration provisions. Out of an estimated 1-1.2 million semi-automatic firearms within the state that are required to be registered under the new law, 23,847 people have registered a grand total of 44,485 guns. Using the lower estimate of one million semi-automatic firearms, the new data shows a compliance rate of 4%.

The scale of noncompliance was only revealed following a lawsuit brought by a New York gun rights organization. In 2014, the New York State Police rejected requests for the number of registered semi-automatics. On April 30, New York Acting Supreme Court Justice Thomas J. McNamara determined that the state police had improperly withheld the information from the public, and ordered them to turn over the registration data.

Following the passage of the SAFE Act, many New York gun owners made it clear that they would not register their firearms by the April 15, 2014 deadline. Numerous protests against the SAFE Act were held from Buffalo to Albany, with noncompliance as an important theme. Some Second Amendment supporters in Saratoga Springs went so far as burn close to a thousand registration forms. A gun rights advocate at the Saratoga Springs rally, told a local newspaper, “We are opposed to registration because the evidence is clear that registration leads to confiscation.”

Gun owners concerns over confiscation are well-founded. Many New Yorkers are likely familiar with the repeated confiscations carried out by New York City officials. In 1967, New York City enacted a law requiring the registration of rifles and shotguns. Subsequently, in 1991 the city banned many semi-automatic firearms. As New York City already possessed a registry of firearms and their owners, the city notified the owners that their newly illegal firearms must be removed from the five boroughs (not a realistic option for many people of lesser means), permanently disabled, or relinquished to the authorities. This shameful scenario played out again in 2013, when the NYPD sent out another round of letters to New York City gun owners, once again demanding the removal, destruction, or surrender of legally registered firearms made illegal by a subsequent law.

While the recent experience in New York is strong evidence of the American public’s unwillingness to comply with firearms registration, it is only the latest instance illustrating the futility of these types of laws. In Connecticut, a 2013 law required residents to register certain types of semiautomatic firearms, and individual magazines with a capacity greater than 10, by January 1, 2014. Out of an estimated several hundred thousand guns and 2.4 million magazines that were required to be registered, by the deadline Connecticut gun owners had registered 50,016 firearms and a mere 38,290 magazines.

In March, the Sandy Hook Advisory Commission, assembled by Governor Dannel Malloy “to review current policy and make specific recommendations in the areas of public safety, with particular attention paid to school safety, mental health, and gun violence prevention,” issued its final report. The commission suggested that Connecticut “Prohibit the possession… of any firearm capable of firing more than 10 rounds without reloading.”

Similarly, in 1989 California enacted a law requiring registration of certain semi-automatic firearms. According to a February 17, 1992 Los Angeles Times article, in the years since enactment only 46,062 semi-autos were registered. The article goes on to note, “The state Department of Justice has estimated there are 200,000 to 300,000. Others have calculated as many as 450,000 to 600,000.” The authorities attempted to bolster the lackluster compliance with a 90-day amnesty period at the start of 1992; this program only netted another 13,470 firearms.

The results of New Jersey’s semi-auto ban were comparable. An April 17, 1992 New York Times article titled, “Owners of Assault Guns Slow to Obey Law,” notes, “In New Jersey, which enacted an assault weapon ban in 1990, 2,000 weapons have been surrendered, made inoperable or registered as collectors' items, according to the State Police. The state Attorney General's office estimates that there are between 20,000 and 50,000 assault weapons in New Jersey.”

During Cuomo’s 2014 reelection campaign, the New York State Democratic Committee ran a pro-Cuomo campaign ad that claimed the governor had helped to enact “the smartest gun law in America.” In reality, considering just how few New Yorkers have bothered to comply with the registration provisions of SAFE Act, along with the inclusion of unworkable provisions like the infamous seven-round magazine limit, Cuomo has the distinction of having supported one of the confusing, irrelevant, and unworkable gun laws in America. 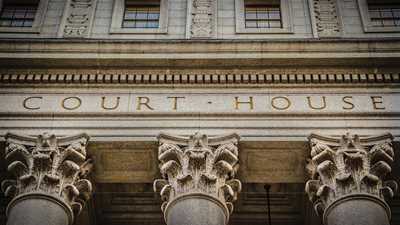