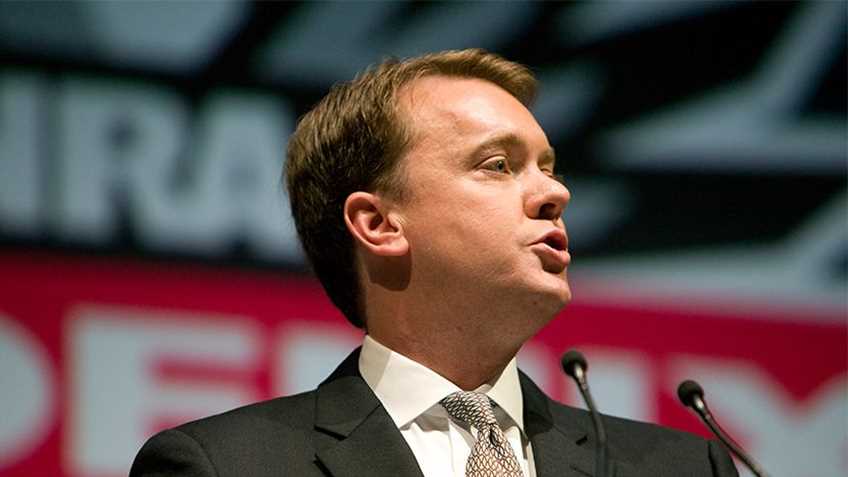 I always get a big boost out of the National Rifle Association’s Annual Meetings & Exhibits.

To our critics, however, any large gathering of Second Amendment supporters is considered a dangerous sociological experiment that must inescapably go awry. So they eagerly scrutinize this massive undertaking, searching for any sign of the conflict that they believe is unavoidable among a group of folks who potentially could be armed. In its zeal to leap forward with criticism, the New York Times this year committed a massive factual error when it editorialized as follows just before the meeting:

“Seventy thousand people are expected to attend the National Rifle Association’s convention opening on Friday in Tennessee, and not one of them will be allowed to come armed with guns that can actually shoot. After all the NRA propaganda about how ‘good guys with guns’ are needed to be on guard across American life, from elementary schools to workplaces, the weekend’s gathering of disarmed conventioneers seems the ultimate in hypocrisy.”

The paper got it flat wrong.

As with all of our meetings, attendees were required to follow all federal, state and local laws applicable to the host city and convention venues. In Nashville, carrying firearms was allowed in the main convention venue, Music City Center, with a carry permit. And since Tennessee honors the permits of 49 other U.S. states and territories, permit holders from virtually the entire country had the opportunity to exercise their Second Amendment-protected right to bear arms while they attended the event.

And no doubt to the dismay of our critics, not only were there no problems or incidents, but in fact they were three of the safest days that Nashville has ever experienced. Capt. Randy Hickerson of the Metro Nashville Police Department told one of the local media outlets, The Tennessean, that the conference had been uneventful and that no major crimes or incidents were reported to police. “Everything’s gone well,” he said. “There have been no significant issues at all.”  We’re proud, honest and patriotic. And when we gather, we bring safety, fellowship and goodwill to those around us.

In fact, Hickerson said, the enormous crowd had been very friendly to police, often walking up to thank the officers or to shake their hands.

I want to share with you the story of just one of the good men and women who came to the meeting.

Here’s the background: Last September, an Islamic jihadist posted photos of Taliban fighters and Osama bin Laden on his Facebook page. He filled his mind with hate and plotted out how he was going to act on it. He went inside a local factory, took a large knife from under his coat and cut off the head of a 54-year-old grandmother. Several people tried to stop him. They threw books and chairs and tried to kick him, but it didn’t do much good. The suspect then allegedly slashed the face of another innocent woman. As he drew back his knife to cut off her head, he was stopped—by a man with a firearm.

That’s who we are. Good men and women who run to the fight—not away from it. That’s the difference between us and those who would restrict our freedoms. We are quick to the rescue, while they are quick only to criticize. We’re proud, honest and patriotic. And when we gather, we bring safety, fellowship and goodwill to those around us.