New Jersey: Both Chambers to Vote on Troubling Bills that Violate Due Process

On Thursday, June 25, the New Jersey Senate and Assembly are both expected to take floor votes on a pair of anti-gun bills that would violate due process in New Jersey.  New Jersey already has some of the toughest gun laws in the country, including those that apply to domestic violence.

Anti-gun politicians are deliberately trying to expand a “prohibited” class under the guise of domestic violence.  Assembly Bill 4218, sponsored by Assemblywoman Gabriela Mosquera, and Senate Bill 2786, sponsored by Senate Majority Leader Loretta Weinberg, ignore legitimate due process concerns and do nothing to ensure a critical rights restoration process.  Instead, it is fraught with problems that could potentially ensnare law-abiding gun owners that we have repeatedly witnessed in New Jersey.

When it comes to something as serious as denying someone their fundamental, constitutional rights, due process under the law is absolutely necessary.  The Second Amendment right to Keep and Bear Arms should not be treated as if it is a privilege that can just be taken away following accusations that haven’t yet been proven through adjudication.  There should also be a clear process for the restoration of rights.

These bills, as written, contain several troubling provisions.  This legislation mandates a deeply flawed surrender order.  Temporary protection orders, which are not the same as a criminal conviction, are enough to trigger such a surrender order.  The bill also has penalties for failing to surrender firearms which may have been reported stolen or sold years ago.  These bills allow law enforcement to charge unspecified “fees” to store seized firearms, even when a person has been vindicated.  In addition, the bill doesn’t contain penalties for falsely accusing someone of domestic violence.  The bill also fails to address constitutional questions of spousal privileges and private property takings.

Because these bills are unnecessary, lack adequate due process and are laced with pitfalls for law-abiding citizens, please immediately contact your state Senator and your Assembly members and respectfully ask them to oppose both Assembly Bill 4218 and Senate Bill 2786.  Click the above button to take action now! 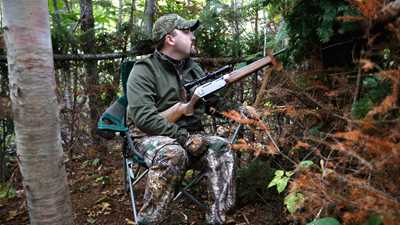