The National Rifle Association's Institute for Legislative Action (NRA-ILA) applauds members of the Texas state House and Senate for passing Senate Joint Resolution 22, a constitutional amendment to protect the right to hunt, fish and harvest wildlife in the state of Texas. Voters will have the opportunity to ratify the amendment on November 3, 2015.

“Adoption of the Right to Hunt and Fish amendment will safeguard the hunters and anglers of Texas from extreme animal rights groups dedicated to abolishing America’s outdoor tradition,” said Chris W. Cox, executive director of the National Rifle Association’s Institute for Legislative Action. "This important constitutional safeguard will protect wildlife and promote conservation."

Language for the amendment includes the following:

"The people have the right to hunt, fish, and harvest wildlife, including by the use of traditional methods, subject to laws or regulations to conserve and manage wildlife and preserve the future of hunting and fishing. Hunting and fishing are preferred methods of managing and controlling wildlife.”

Nearly 3 million people spend more than $4 billion dollars a year on hunting and fishing in Texas. That translates into $415 million raised in state and local tax revenue. Passage of the Right to Hunt and Fish amendment ensures that money, as well as the 65,000 hunting and fishing related jobs, will stay in Texas.

Established in 1871, the National Rifle Association is America's oldest civil rights and sportsmen's group. More than five million members strong, NRA continues to uphold the Second Amendment and advocates enforcement of existing laws against violent offenders to reduce crime. The Association remains the nation's leader in firearm education and training for law-abiding gun owners, law enforcement and the armed services. Follow the NRA on social at Facebook.com/NationalRifleAssociation and Twitter @NRA.

How the NRA made a difference in North Carolina 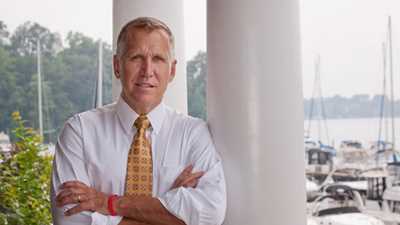