California: Unlocking Your Freedoms: Twenty-six Attorneys General File Briefs in NRA/CRPA Case in the Supreme Court to Prevent Gun Owners From Being Forced to Lock Firearms in Their Homes

The United States Supreme Court will soon be considering a case litigated on behalf of the NRA and several other plaintiffs, Jackson v. San Francisco. This case challenges San Francisco’s ordinance requiring gun owners to lock or disable handguns in their own homes at all times unless it is being carried on his or her person.  The Jackson case was one of many coordinated civil rights cases filed in the wake of the Heller decision in 2008. The Jackson case is being litigated by NRA’s west coast counsel at Michel and Associates, P.C. and esteemed Supreme Court litigator Paul Clement. CRPA submitted amicus briefs in the case.

In March of 2014, a three-judge panel of the Ninth Circuit Court of Appeals upheld the overreaching ordinance, and the court declined to rehear the case by an eleven judge “en banc” panel.  As the NRA’s petition for Supreme Court review  explains, the Ninth Circuit’s decision directly contradicts the Court’s landmark decision in District of Columbia v. Heller.

In January of this year, twenty-five state attorneys general joined Nebraska Attorney General Jon Bruning and filed a brief supporting the NRA’s request.  In their brief, the 26 state attorneys general noted that they “have a profound interest in protecting the fundamental constitutional rights of their citizens” and, unless San Francisco’s law is invalidated, responsible citizens will be unable to keep “operable firearms in defense of hearth and home.”

Earlier this month, San Francisco’s attorneys filed its opposition to the plaintiffs’ petition for Supreme Court review. Plaintiffs’ reply brief will be filed soon.  That brief, and all other filings in the case can be viewed here.

The Jackson decision highlights the problems with the analytical framework for considering Second Amendment challenges as fashioned by the Ninth Circuit in the United States v. Chovan case.That subjective “intermediate scrutiny” framework allows political and personal bias to creep into the judicial review process, and effectively creates a toothless and overly deferential review of government infringements on Second Amendment rights.  Under this type of watered-down judicial “standard of review,” judges who are so inclined can find that virtually all restrictions on the right to keep and bear arms are constitutional simply by accepting post hoc government justifications uncritically, or by characterizing an infringement as “insubstantial.”

Should the high court accept the case, the plaintiffs will seek a standard of judicial review in Second Amendment cases that is consistent with the instructions and admonishments provided by the Supreme Court in the Heller case.

A decision on whether the Supreme Court will directly reverse the 9th Circuit’s decision or accept the case for further briefing and oral argument is expected by the end of June.

Please help us fight for your right to choose to own a gun for sport, or to defend yourself and your family. CRPA [link to website] and NRA work together in California to fight for you in Sacramento, in cities and counties across the state, in regulatory agencies, and in the courts. Even with the generous rates that our team of civil rights attorneys, legislative advocates, experts and consultants grant us, these ongoing efforts are still expensive. You can support our pro-Second Amendment efforts in California by donating to the California Rifle & Pistol Association Foundation (CRPAF). CRPAF is a 501(c)(3), so contributions to CRPAF are tax-deductible. Or donate to NRA Legal Action Project. All donations will be spent to specifically benefit California gun owners.

For a summary of some of the many actions the NRA and CRPA has taken on behalf of California gun owners, including the tremendous recent victory in the Peruta case, click here.

Texas: Pro-Second Amendment and Pro-Hunting Legislation On The Move in Austin 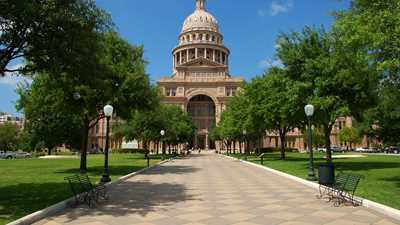