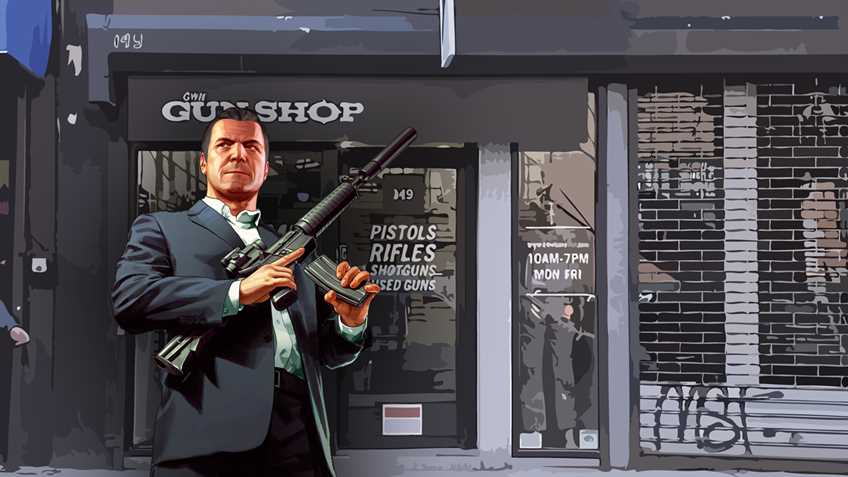 Last week, we reported on how the attention-starved gun control group, States United to Prevent Gun Violence (SUPGV) claimed to have deterred first-time gun buyers in New York City with a hidden camera stunt at a phony gun store. Some astute observers later noticed that the actor hired to portray the clerk of the fraudulent gun store was Ned Luke, the same performer who voiced one of the lead characters in the popular and graphically violent video game, Grand Theft Auto V (GTA V). This fact was later confirmed in an article on WashingtonPost.com’s Wonkblog.

In his role for SUPGV, Luke posed as a gun store proprietor and exploited the unfamiliarity many Manhattanites have with firearms. The resulting video shows Luke conveying stories to wide-eyed “customers” about how the different types of firearms in the “store” were involved in tragic or criminal episodes.

Ironically, Luke’s GTA V character is Michael De Santa, a briefly reformed gangster who gets pulled back into a life of crime. Players taking on the role of De Santa are tasked with missions that have them carrying out all manner of nefarious activities involving gunplay, including armed robbery and assassination. When the fictional police of the game attempt to apprehend the character, players are often required to shoot their way through the digital law enforcement ranks. Perhaps even more ironically, one of the criminals Luke mentions in his role as gun store proprietor was himself an avid fan of violent role-playing video games, the same genre as GTA V.

Of course, we know video games of all sorts are enjoyed to no ill-effect by millions of upstanding citizens, including many NRA members. Further, they are protected by the First Amendment, just as are other forms of controversial and sometimes unpopular speech. Nevertheless, as the Post admits, the incongruity of Luke’s divergent roles is “striking.”

The obvious question arises as to whether a person who participates in, and benefits from, the production of violent media which glorifies – and in the context of GTA V’s fictional world even rewards – criminal misuse of firearms should be lecturing others on the supposed evils of guns.

In early 2014, Hollywood mogul Harvey Weinstein, known for producing graphically violent movies such as Rambo IV and Kill Bill, acknowledged the hypocrisy inherent in profiting from this type of content and then advocating for stricter gun controls. Following a verbal attack on NRA and gun manufacturers during an appearance on the Howard Stern Show, the producer went on Piers Morgan Live and responded to his critics (which included your NRA). As reported by Deadline Hollywood, Weinstein admitted, “They have a point. You have to look in the mirror, too. I have to choose movies that aren’t violent or as violent as they used to be. I know for me personally, you know, I can’t continue to do that. The change starts here. It has already. For me, I can’t do it. I can’t make one movie and say this is what I want for my kids and then just go out and be a hypocrite.” Nevertheless, with typical moral fluidity and unaccountability, Weinstein appears more recently to have reverted to his old and profitable habits.

The Post recounted that Luke was “stunned by the angry reaction” some had to his participation in trying to shame would-be gun buyers. Apparently, self-awareness is not on the list of character traits for actors whose roles encompass violent video games or smug anti-gun sermonizing. The Post, for its part, seemed willing to let Luke off the hook for his role in the “clever” ad: “maybe he's just an actor, playing whatever role he's assigned.”

Maybe. And if that’s so, whatever cosmic authority is supposedly handing out gun control “assignments” to pliant automatons has been busy lately, nowhere more so than in the pages of newspapers like the Washington Post. For those of us who still believe in free will and personal accountability, however, the answer seems a lot simpler. Ned Luke made his choices, and those choices reveal the hypocrisy we’ve come to expect from the anti-gun contingency within entertainment industry, as well as from its apologists.

Earlier this week, the Senate voted to pass House bill 1366 and House Bill 31. The bills will now be transmitted to Governor David Ige for his consideration. 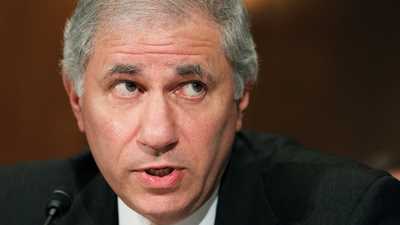