Today, Senator Eric Brakey (R-Androscoggin) introduced LD 652, “constitutional carry” legislation that would create a permitless carry exemption to allow a resident of Maine, who is not otherwise prohibited by law from possessing a firearm, to carry concealed without obtaining a Concealed Handgun Permit (CHP).  LD 652 would also leave the current carry permitting system intact for those who wish to participate in reciprocal concealed carry permit agreements when traveling to other states.  This measure has received the support of 17 co-sponsors in the Senate as well as 79 co-sponsors in the House.

In Maine, current law allows any law-abiding citizen who can legally own/possess a firearm to carry it openly, either loaded or unloaded, anywhere in the state. The difference between a firearm carried openly and a firearm carried concealed can be as insignificant as the donning of a coat.  The current permitting system in Maine requires a law-abiding citizen to pay a fee, endure an extensive bureaucratic process, be subjected to fingerprinting, obtain the government’s permission and be added to a government-maintained list of firearm owners simply so they can wear a coat.

Again, it makes no sense to allow people to carry “openly” anywhere in the state without restriction then subject them to bureaucratic requirements in order to wear outer clothing.  Training requirements in the states that issue concealed weapon permits range from no training at all to extreme amounts of time in a classroom or on the range.  The empirical evidence from every such state, however, regardless of the level of qualification or training standards, is the same: law-abiding citizens who carry firearms are exercising their constitutional right to bear arms and their natural right to defend themselves with the utmost responsibility and without causing problems.

CHP’s are only obtained by those who wish to follow the law.  Allowing these citizens to carry concealed without the permit will not change the fact they are law-abiding.  Criminals, on the other hand, are already carrying concealed firearms without permits.  Those with existing criminal records who are prohibited from owning or possessing firearms can be prosecuted for mere possession.  Those with no prior record, but who commit a crime in conjunction with concealed carry, can be charged with the other, likely more serious, offense.

Sign the Petition to Repeal the Ban on Sunday Hunting in Pennsylvania! 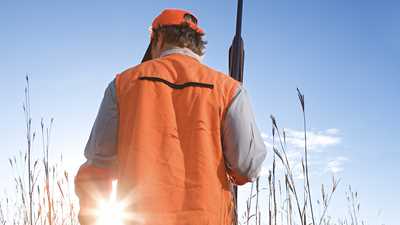