Who's Right About Right-to-Carry?

Later this year, Congress may consider Right-to-Carry reciprocity legislation that would require states to honor each other’s concealed firearm carrying permits. When they do, gun control supporters better hope they have someone more effective to argue for their side than anti-gun advocate Daniel Webster.

The Washington Post reports that Webster, the director of the Johns Hopkins Center for Gun Policy and Research, believes that crime’s going to increase in Ferguson, Missouri. Why? Because firearm sales and applications for concealed firearm permits increased after the recent unrest in that area. “More guns in a fairly unregulated environment make it not hard at all to see how problems can occur at some point later on,” Webster said.

If Webster sounds like a broken record, it’s because gun control supporters started pushing their firearm-phobic theory way back when turntables were still all the rage. And like a needle that won’t skip to the next groove in a scratched LP, they have continued to repeat the argument for years. Meanwhile, one state after another adopted Right-to-Carry laws without the parade of horrors gun control advocates predicted.

Illinois is the most recent state to adopt a Right-to-Carry law. And, true to form, before the legislation was passed, the Brady Campaign called the concept “dangerous,” while the Violence Policy Center said that it would increase mass murders and murders of law enforcement officers.

Contrast anti-gunner hysteria with the reaction of Illinois law enforcement officials to their state’s new Right-to-Carry law a year after its enactment. The Champaign/Urbana News-Gazette reports that according to law enforcement officials in several communities, the law hasn’t resulted in problems. For example, Sgt. Josh Campbell of the Danville Police Department said, “When you're talking concealed-carry, it's mostly your law-abiding citizens, who don't cause problems anyway."

Today, 42 states, accounting for three-fourths of the nation’s population, have Right-to-Carry laws, more than 12 million Americans have carry permits, and the nation’s murder rate has fallen to what may be an all-time low.

Webster and other gun control supporters are sticking to their worn-out, “more guns, more crime” sheet of music. But as the evidence mounts against them, it’s getting harder and harder for the chorus to carry that tune. 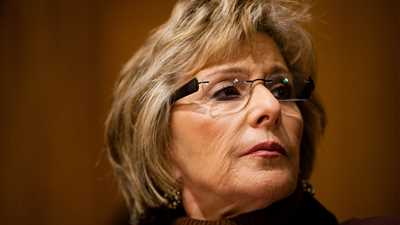