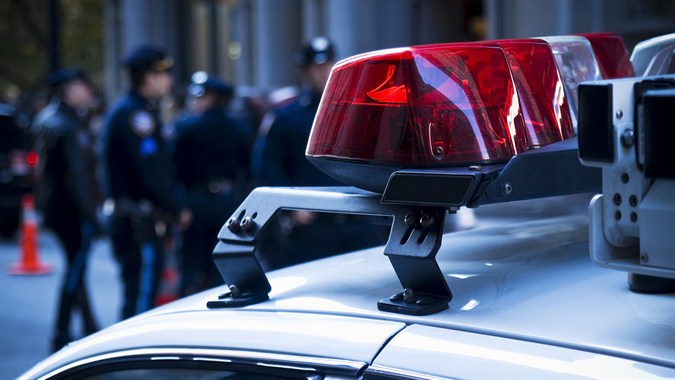 Perhaps inspired by the recent introduction of surprise home inspections of gun licensees in the UK, Beloit, Wisc., Police Chief Norm Jacobs issued a press release on December 1, urging city residents to volunteer for warrantless police searches of their homes for firearms.  Jacobs framed the residential probes as a valuable “opportunity” his department was offering to the public.  Notably, the press release did not offer participants immunity from prosecution for any illegally-possessed firearms or other contraband police might find while “inspecting” the premises, suggesting the program was aimed squarely at law-abiding households.

In the press release, Jacobs made clear that he doesn’t have a very high opinion of the gun-owing residents in his community.  The concerns that prompted his initiative included his belief that residents are not able to account for guns within their own homes, fail to secure them adequately against theft or unauthorized access, or use them “in the fit of rage” to “settle scores.”  Jacobs even absurdly insisted, “We need to consider potential crime guns as if they were the Ebola Virus and deal with them similarly to a health care issue” (no word from the chief yet on whether he’ll offer a similar program to snoop for unhealthy snacks or those showing signs of infectious disease).

Beloit isn’t the first city to explore this type of “voluntary” rights relinquishment program.  In 2008, Boston and the District of Columbia launched so-called “Safe Homes” initiatives where a resident, or an informer, could alert police to the possibility of an illegally possessed firearm inside a residence.  Police would then be sent to the location and attempt to acquire consent for a search of the premises.  The initiatives were met with widespread opposition, prompting D.C. to abandon their program, while the American Civil Liberties Union of Massachusetts expressed its displeasure with Boston’s.  Offering a further critique of the Boston program was Boston City Councilor Michael Flaherty.  A Boston Globe article described his opposition to the initiative, stating, “Flaherty argues that the Safe Homes Initiative has been a bust.  Obviously, not many people have been willing to turn in their weapons voluntarily.”

Fortunately, Beloit city officials have stepped in and put a halt to Jacobs’ scheme.  In a December 9 press release, the Beloit Office of City Manager stated, “At this time, the department is withdrawing its offer under this initiative, and will be submitting the program to the City’s legal office for further review.”  Officials admitted reaction to the program had been negative.

Chief Jacobs’s belief that firearms in the home of law-abiding residents pose enough of a public safety risk for police to search for and seize them serves as a chilling reminder of how important all of our constitutional rights are, including the right to be free from unreasonable searches and seizures.  It also suggests a need for the chief to rethink his policing priorities and focus on those actually committing crime, none of whom accepted his offer or would ever be likely to do so.  In the future, we suggest he leave the “health care issues” and house calls to local doctors and start brushing up on police tactics for dealing with actual bad guys.