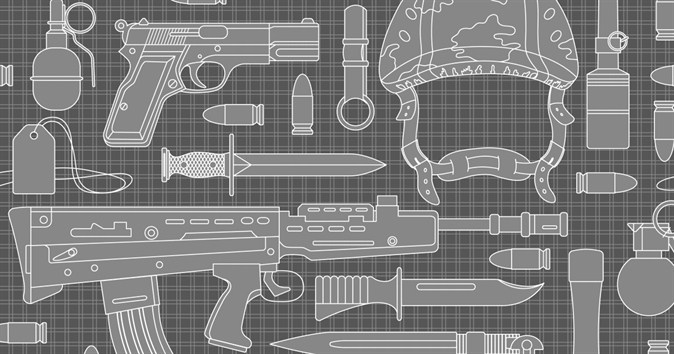 The Army is talking about adopting a new pistol and, according to Maureen Mackey of the Fiscal Times, “when that happens, America’s emergency rooms better be prepared for the carnage that’s likely to follow.” Previously, freelance anti-gun writer Matt Valentine made a similar prediction in The Atlantic.

Along with their apparent predisposition against guns, Mackey and Valentine base their predictions on a 1992 claim from Daniel Webster, whose advocacy of gun control masquerades as public health research.  Webster argued that as semi-automatic pistols became more popular than revolvers in the 1980s, the number of wounds per gunshot victim increased.

Mackey and Valentine did not mention newer research, which found that “gunshot injury incidents involving pistols were less likely to produce a death than were those involving revolvers” and “the average number of wounds for pistol victims was actually lower than that for revolver victims.”

Mackey and Valentine seem to believe that when the Army says it wants a pistol with greater “knockdown power,” it’s looking for something akin to the Phasers that were carried by the fictional crew of the Starship Enterprise on "Star Trek.”

But what the Army has actually indicated is that it’s considering replacing its inventory of Beretta M9 and SIG M11 9mm pistols with another fixed-metallic cartridge semi-automatic pistol, possibly in .45, .40 or .357 SIG caliber. Of course, .45 caliber semi-automatic pistols are hardly a new idea, having been around since 1911. Ammunition in .357 SIG caliber is nearly the same as the +P+ variety of 9mm Luger, which has been around since 1902. And .40 caliber S&W ammunition, introduced in 1990, essentially splits the difference between .45 and 9mm +P+ in terms of bullet diameter, weight and velocity.

The title of Valentine’s article, “How Military Guns Make the Civilian Market,” may appeal to gun control supporters who believe that civilians and military personnel should not have the same kinds of guns. But if the Army adopts a new pistol, it could easily be one that is already popular among civilian gun owners.

Gun control supporters, many of whom don’t know the first thing about firearms design, technology or operation, like to pretend that they can isolate features of guns that make them especially dangerous or especially likely to be used in crime. Yet as another equally breathless but completely ignorant report on the supposed lethality of different firearms shows, no gun will ever be “just right” to those who believe people shouldn’t own guns at all.