Media Matters -- the self-styled "progressive" watchdog that howls in protest whenever anyone  deviates in thought or word from its version of the "progressive agenda" -- confirmed its lack of credibility this week by attempting to smear Fox-5 (Washington, D.C.) investigative reporter Emily Miller over her comments relating to gun control.

On a Fox-5 program and in a MyFoxDC.com article earlier this week, Miller correctly pointed out that firearm-related crime has declined over the last 20 years.  On that point, Media Matters didn't disagree.  And no wonder.  Crime data are readily accessible on the FBI's UCR Data Tool website, within the FBI's annual crime reports, and in numerous reports published by the Bureau of Justice Statistics (BJS), such as Firearm Violence 1993-2011.  These statistics were also reported in a Pew Research public opinion poll that received widespread attention recently. 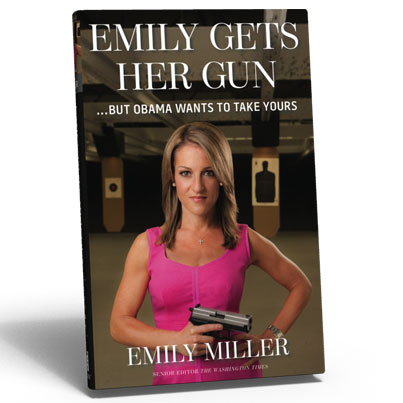 What Media Matters went apoplectic over were two points that in no way altered or obscured the true picture.  One was Miller's innocent slip of the tongue, saying that the FBI had reported a 70 percent decrease in non-fatal shootings over the last 20 years.  Technically, it was actually the FBI's sister agency within the Department of Justice, the BJS that reported a 75 percent decrease in non-fatal firearm crimes over that period of time.  The other was Miller's politically insightful explanation of a recent comment by Hillary Clinton that America needs to "rein in" gun ownership.  Apparently, Media Matters is unacquainted with the concepts of paraphrasing or editorializing and absurdly accused her of fabricating a quote, when Miller was simply opining on the import of Clinton's statements.

This is the same Media Matters that reliably stays silent as gun control supporters deliberately say things that that intentionally distort the truth.  In fact, Media Matters repeats these canards itself.   For example, take the claim that "40 percent of guns are sold without a background check."  Even that whopper was too much for the Fact Checker at the Washington Post, the editorial staff of which aggressively supports gun control.  A year ago, the newspaper rated the claim Three Pinocchios.

There wasn't a peep out of Media Matters, however, when the "40 percent" claim was repeated by Bloomberg proxy Shannon Watts on NBC and by Watts' (Bloomberg's) "Moms" website relative to the "universal background checks" issue, and by Bloomberg's anti-gun "Mayors" group in its attack upon online firearm sale negotiations.  Media Matters even used the "40 percent" claim itself in a Thanksgiving Day attack upon the NRA and in a separate article.  Both, incidentally, were written by a Media Matters staffer who used to work for the Brady Campaign and the Coalition to Stop Gun Violence.

Maybe Media Matters thinks that Miller can be dissuaded from reporting on gun control issues in the future just because of its lowbrow sniping from the political fringe.  If so, however, we suspect they will be disappointed.  Miller has repeatedly demonstrated a level of independence and journalistic integrity foreign to her lockstep, rabble-rousing detractors.

IN THIS ARTICLE
Media Matters Emily Miller
UP NEXT x