On Monday, the Environmental Protection Agency denied for the second time a petition by the Center for Biological Diversity and other anti-hunting groups asking the EPA to impose a nationwide ban on the use of ammunition containing lead. The petition was essentially a repetition of a similar petition submitted by the CBD in 2010. The EPA found that the new petition was “almost identical” to the earlier petition, had no “substantive difference,” and “contains no new information” as compared to the earlier petition.

In rejecting the new petition, the EPA reiterated its earlier finding that that it has no authority to issue an ammunition ban. To ensure a positive outcome on this matter, NRA-ILA is actively supporting Representative Jeff Miller’s (R-Fla.) “Sportsmen's Heritage Act of 2012 (H.R. 4089), which will be voted on by the House of Representatives next week.  This legislation also contains provisions “to facilitate use of and access to Federal public lands and waters for fishing, sport hunting, and recreational shooting,” and to increase the number of shooting ranges on federal lands. To read a letter in support of H.R. 4089 signed by NRA and dozens of other organizations from the recreational fishing, hunting, shooting, and wildlife conservation community, click here.  It is critical that you contact your U.S. Representative in support of H.R. 4089.  To find contact information for your Representative, use the “Write Your Reps” feature at www.NRAILA.org.

The CBD has threatened to file a lawsuit against the EPA for rejecting its petition. (A U.S. district court in Washington, D.C. dismissed a follow-up lawsuit to compel EPA action on the earlier petition because the CBD's lawyers missed their filing deadline.) In 2009, a federal judge dismissed a similar suit that CBD filed against the U.S. Bureau of Land Management, demanding among other things that the bureau prohibit the use of lead ammunition in the Arizona Strip, a prime hunting area in the northwest corner of the state. In a double victory for hunters, NRA’s motion to intervene as a defendant in that case, on behalf of its members, was approved and published in the Federal Rules Decision Reporter, establishing that organizations with clear interests in hunting and recreational shooting, such as NRA, the National Shooting Sports Foundation, and Safari Club International, can participate in lawsuits filed by so-called environmental groups against state and federal natural resource, game and land management agencies. 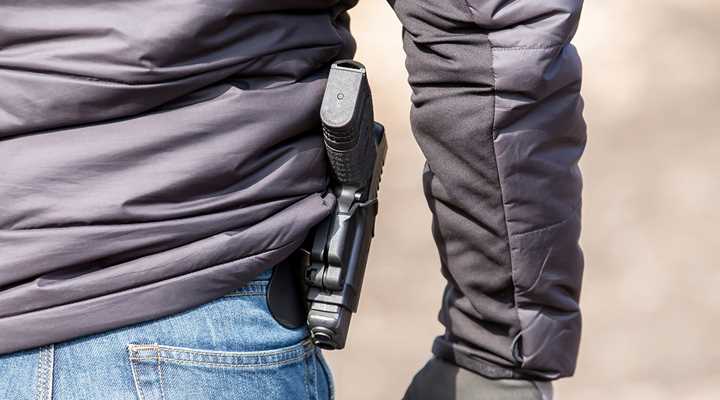 Today, Secretary of State Jocelyn Benson issued guidance prohibiting the open carry of firearms at polling places on election day. The prohibition extends to 100 feet of any entrance or exit, but it does allow citizens to ...

Gun control advocates know that Montanans cherish their right to keep and bear arms. That’s why this election season, out-of-state anti-gun interests are working to deceive rather than win over Montana voters. Case in point ...

On Tuesday, the Pennsylvania Game Commission approved three Sundays in November for hunting.

POLL: Most Americans back the NRA, right to use deadly force