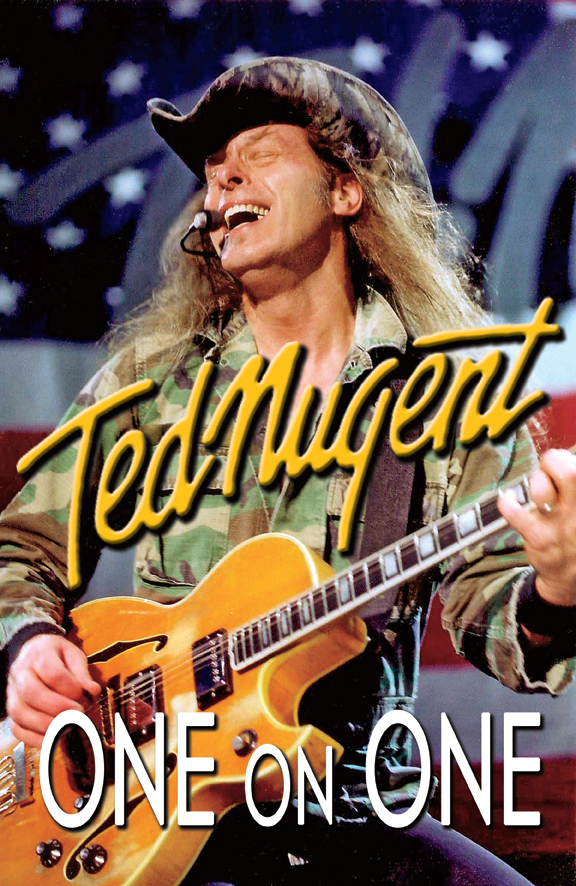 Let’s face it – when you work in politics, sometimes you have to spend time with dull people. That’s why it was such a refreshing experience for me to recently visit with NRA champion Ted Nugent. He’s fiery, zealous, unrestrained and bursting with opinions that are anything but cautious.

Most readers will know that Ted is a long-serving member of the NRA Board of Directors, and of course a rock ‘n’ roll legend. But I’d bet fewer know that Ted founded the non-profit Ted Nugent Kamp for Kids, and also works as Ambassador for Big Brothers/Big Sisters and the Pass It On Outdoor Mentors program.

The Nugents also established the Freedom’s Angels Foundation, which provides assistance to our brave troops. Ted is also working with the Coalition to Salute America’s Heroes, Wounded Warriors, and the Fallen Heroes Foundation, and he has toured the Middle East with the USO. Ted regularly takes terminally ill children and wounded troops on hunts. In his spare time, he has put on more than 6,000 concerts, and made thousands of media appearances, advocating for the Second Amendment and freedom in general everywhere he goes.

Cox: Let’s fill in some of the gaps on how you got here. Tell us about your upbringing in Detroit.

Ted: Born in Detroit in 1948, I was immediately touched by Les Paul`s new electric guitar invention and the incredible power of Fred Bear`s new bowhunting celebration. I grew up along the banks of the Rouge River where I cut my teeth on bowhunting and slingshotting river rats, squirrels, quail, ducks, coons and possums. The intensely powerful loving discipline of my parents taught me to always be the best that I can be, with my guitar, bows and guns. 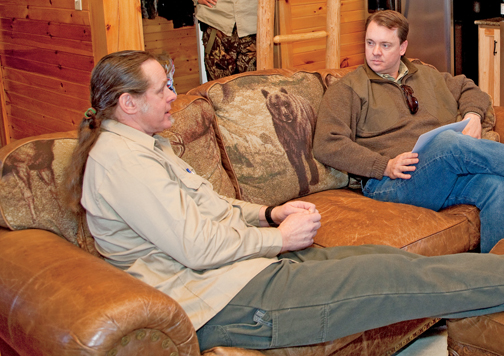 Cox: How were you introduced to hunting and shooting? At what age? What was your first hunt?

Ted: Fortunately, my dad, Warren Henry Nugent, was already a Fred Bear bowhunting protégé when I was born, but the typical youthful fascination with wildlife, archery and guns only increased with every year of my life. My fondest memories are the weekends shooting rifles, handguns and bows with dad, brothers Jeff and Johnny, and our uncle John Nugent. I`m sure I was shooting by the time I was 2 or 3. I believe the first official hunt was for groundhogs with a single shot bolt action Winchester .22 rifle in Fryburg, Pennsylvania, at Uncle Morris` farm at the age of 4 or 5. Wonderful memories!

Cox: You became a bowhunter early on and Fred Bear was your mentor. You hunted with him for almost twenty years. Tell us about him, and what he taught you.

Ted: Surely this great man had a huge impact on my life. I first met Fred at his little shop in Grayling around 1955 or so, where we would stop to visit on our annual family bowhunting trips up north. He was a kind, friendly, funny man who exuded a moving love for the great outdoors and the mystical flight of the arrow that imprinted me with a passion for bowhunting. When I graduated from high school in 1967, I hooked back up with Fred, he took me under his wing so to speak, and we hunted often right up to our last hunt together in 1987. Overall, Fred taught us all that the higher level of awareness necessary for successful bowhunting would enhance an overall quality of life. Very true.

Cox: Tell me about this concept of the “mystical flight of the arrow.” Is that something you experience every time you go afield?

Ted: Yes! Big time! I crave projectiles. I feel them as an extension of my soul, that by properly utilizing God`s amazing gifts, I can put that arrow, that bullet, that marble in the exact spot I am one with. It is magic and challenging every time.

Cox: You talk about the healing powers of bring outdoors. But much of society is now insulated from the outdoor lifestyle. How can we make them climb to the proverbial mountaintop with us?

Ted: Quality of life is all about thoughtful, intelligent prioritization. I pass on millions of dollars of income each and every year for more than 40 years because I must hunt. I must spend quality time with my family and my hunting dogs. I must escape the incredible intensity of my rock ‘n’ roll outrage to cleanse my soul each and every October, November, December and January. There is no Plan B for me. I am a hunter. I must hunt. Surely, the maddening orgy to accumulate material goods is not healthy for human beings. Stuff doesn`t make one happy. Quality time with family and friends pursuing happiness does.

Cox: You were also very young when you started your musical career. Tell us about your band, the Lourds.

Ted: My killer garage band, the Lourds, won the state battle of the bands in `63 and our prize was opening up for the Beau Brummels and the amazing Motown Supremes at the then brand new Cobo Hall in Detroit. My teenage brain barely grasped the dynamic at hand but we rocked the house with high energy throttling versions of "Shake a Tailfeather" and "High Heel Sneakers." Unfortunately at the time, my father`s job took us to the Chicago area and I was forced to leave the baddest band in the land. I did however, make up for it post haste with the formation of the Amboy Dukes shortly thereafter.

Cox: Your career exploded over the next twenty years, but the rock ‘n’ roll industry eventually pushed away from you. Is that because you were seen as too conservative, too outspoken, or what?

Ted: The overt bias against me by the media and powers that be in the music/entertainment industry for being a Second Amendment activist and gung-ho hunter is legendary. All that did was drive me to turn up the heat and crush the anti-gunners and anti-hunters nonstop, which I have thoroughly enjoyed all these years. It is good fun.

Cox: Many of our readers will remember the bogus CBS documentary “The Guns of Autumn.” How did that negative portrayal of hunting affect you? Was it a turning point in your decision to become an advocate?

Ted: It surely was. I could not believe that a major TV network could get away with such a flagrantly dishonest attack on the hunting lifestyle that I knew damn well was the absolute perfect thing a family could enjoy together. That`s when I went on the offensive taking the truth and facts of conservation everywhere.

Cox: What drives you to be so outspoken in defense of hunting and Second Amendment issues?

Ted: I have made a difference every day of my life by standing up for what I believe in, in a no-holds-barred, passionate way.

The curse of apathy is the number one enemy of America, and I refuse to allow the sacrifices of U.S. military heroes go for naught. Activism is the duty of all Americans. An experiment in self government demands participation by all who benefit from it. These heroes, these military warriors, who volunteered to crush evil wherever they could find it—if they are so willing to sacrifice so much, how dare any of us not p