The World According To Cass 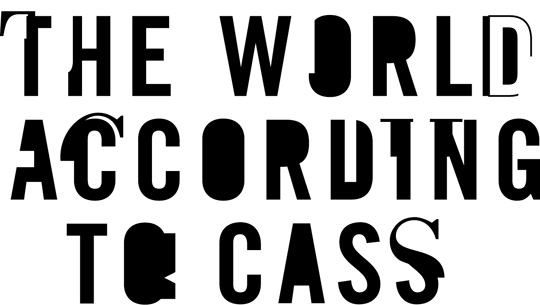 How Obama’s New “Regulation Czar” Wants to End Hunting, Allow Animals
to File Lawsuits and Strangle Free Speech in the Name of Democracy.

If you’ve followed the opening moves of the new White House, you know that President Barack Obama has staffed his cabinet from top to bottom with some of the most radical anti-gun extremists ever seen in Washington, D.C.

What you may not know yet is that Obama has appointed as his “regulatory czar” an animal “rights” radical whose views appear completely consistent with those of PETA, the Fund for Animals and the rest of the most extreme anti-hunting wing of the animal-rights lobby.

Cass R. Sunstein, a professor at the University of Chicago Law School, was appointed by President Obama to head the White House Office of Information and Regulatory Affairs (OIRA). The office plays a critical role as a “gatekeeper,” reviewing every regulation submitted by each of the hundreds of federal agencies in the federal bureaucracy.

If you want to know where Sunstein stands--and how he might use his authority to impose his views upon you--consider just a few of his statements over the years.

In a keynote speech at a 2007 Harvard University conference called “Facing Animals,” Sunstein said, “We ought to ban hunting, if there isn’t a purpose other than sport and fun. That should be against the law. It’s time now.”

In fact, in his book Animal Rights: Current Debates and New Directions, Sunstein wrote, “Animals should be permitted to bring suit, with human beings as their representatives, to prevent violations of current law. . . Any animals that are entitled to bring suit would be represented by (human) counsel, who would owe guardian like obligations and make decisions, subject to those obligations, on their clients’ behalf …”

But that’s just the beginning.

Not only does Sunstein believe that hunting should be outlawed and that animals should be able to file lawsuits against humans, he also believes that:

• livestock and wild animals should have legal “rights”;

• greyhound racing, cosmetics testing and meat eating should be eliminated;

• “people should try to expel rats [from their homes] in a way that does not harm them at all”;

• current uses of animals are akin to “human slavery”;

• “our willingness to subject animals to unjustified suffering will be seen in many ways as morally akin to the mass extermination of human beings.”

Sunstein also wants to require every animal product--whether it’s chicken from KFC or ground round for your grill--to be packaged with pictures and descriptions of how that animal was processed before it got to you. In other words, if you want to eat sausage, first you have to watch how sausage is made.

“It’s easy to laugh, but this is no joke,” said NRA Executive Vice President Wayne LaPierre. “As the White House ‘regulatory czar,’ Sunstein will have the ability to affect your Right to Keep and Bear Arms, your freedom to hunt and all your freedoms as an American more profoundly and in more ways than you’ve probably even imagined.

“Sunstein might sound like a nut, but he’s highly regarded in some legal circles as a bright light and a visionary thinker. He’s even being floated as a possible candidate for the next vacancy on the U.S. Supreme Court.

“Considering Sunstein’s views on firearm freedom--he believes the Second Amendment was not meant to protect an individual right--and on freedom of speech, as well as animal ‘rights’ and other ‘rights’ not found in the U.S. Constitution--that could mean radical and permanent changes for Americans’ way of life.”

The Prolific Professor’s Prescriptions for You

If you do a search using Sunstein’s name as an author or contributing writer on the Google Book Search website, you’ll get some 383 “hits.” A similar search on Amazon.com turns up 1,178 results.

But there’s something more troubling about Sunstein’s endless output of essays and epistles than its mere size and scope.

Indeed, upon deeper inspection, much of Sunstein’s writing reveals a kind of intellectual hubris--an unspoken, but nonetheless ever-present, conceit.

For example, in a 1999 Chicago Tribune op-ed titled “Why We Should Celebrate Paying Taxes,” Sunstein in effect scolds readers like small-minded, selfish children for opposing the size, scope, expansion and skyrocketing expense of government:

“In what sense is the money in our pockets and bank accounts fully ‘ours’? Did we earn it by our own autonomous efforts? Could we have inherited it without the assistance of probate courts? Do we save it without support from bank regulators? Could we spend it if there were no public officials to coordinate the efforts and pool the resources of the community in which we live? … Without taxes there would be no liberty. Without taxes there would be no property. Without taxes, few of us would have any assets worth defending. [It is] a dim fiction that some people enjoy and exercise their rights without placing any burden whatsoever on the public fisc. … There is no liberty without dependency. That is why we should celebrate tax day …”

So what would Sunstein do with all those taxes? Why, he’d build a brave, new, utopian world, of course.

For in Sunstein’s enlightened worldview, it’s not just animals that have “rights”--humans have “rights” above and beyond constitutional rights.

In his 2004 book The Second Bill of Rights, Sunstein wrote that in addition to freedom of speech, freedom of religion and the right to be secure in their persons, houses, papers and effects, Americans should also have rights covering nearly every want, as well.

To that end, Sunstein’s “Second Bill of Rights” would guarantee every American a right to “a useful and remunerative job, a good home, a good education, adequate medical care and the opportunity to enjoy good health, a right to earn enough to provide adequate recreation” and so on.

But that raises serious questions. If we have “rights” to all these things, shouldn’t we also have the “right” to be free from fear, fatigue, stress or unhappiness; the “right” to a sunny Sunday; and the “right” to live forever?

Then again, maybe those “rights” are reserved for Sunstein’s third “Bill of Rights.”

In any event, whatever we do have, in Sunstein’s reckoning, we owe almost entirely to benevolent big-government philosopher kings like him.

“Those of us who have plenty of money and opportunities,” Sunstein wrote, “owe a great deal to an active government that is willing and able to protect what we have.”

Gee, thanks. If that’s the case, instead of taking just one-third of our income, why don’t you just take it all next year?

Free Speech … a Danger to Democracy?

True to his apparent distrust for consumer choice and citizen sovereignty, Sunstein seems to think that “we the people” are too stupid, too gullible or too easily swayed in our political opinions--and for that reason need Internet nannies to expose us to the full range of enlightened thought.

“To the extent that they weaken the power of general interest intermediaries and increase people’s ability to wall themselves off from topics and opinions that they would prefer to avoid, emerging technologies, including the Internet, create serious dangers,” Sunstein wrote.

While people around the planet celebrate the built-in fairness of an Internet where anyone can be a publisher, and where all views have equal access to the marketplace of ideas, Sunstein worries that by allowing us to choose where we get our information, the Internet “balkanizes” us into polarized groups.

“For citizens of a heterogeneous democracy,” Sunstein wrote, “a fragmented communications market creates considerable dangers. There are dangers for each of us as individuals; constant exposure to one set of views is likely to lead to errors and confusions, or to unthinking conformity …”

His solution? You guessed it: More rules, more regulation, more nanny-state intrusion in the name of  “for your own good.” In fact, though he recently abandoned the idea, Sunstein once even called for regulations requiring that every Internet site contain links to sites with an opposing point of view.

In The New Media Theory Reader, Sunstein wrote, “A system of limitless individual choices, with respect to communications, is not necessarily in the interest of citizenship and self-government. Democratic efforts to reduce the resulting problems ought not to be rejected in freedom’s name.”

Think for a moment about what, exactly, Sunstein is saying. Limitless choices are bad. Free, unfettered debate is dangerous. And “democratic efforts” to control it--for your own good, of course--are not necessarily wrong.

“Throughout history, almost without exception, the most lethal attacks on human freedom have been committed by ideologues who thought they knew a better way,” said NRA’s LaPierre. “Cass Sunstein seems to think he knows a better way. In light of the Democratic Party’s desire to reimpose the so-called ‘Fairness Doctrine,’ Sunstein’s remarks on free speech are truly frightening.”

Through the Fairness Doctrine, a regulation that took effect in 1949 and was overturned in 1987, the Federal Communications Commission (FCC) required broadcasters both to allow discussion of controversial topics, and to allow persons with differing viewpoints to air their positions.

Unfortunately, instead of increasing diversity and the number of viewpoints presented, FCC bureaucrats used the Fairness Doctrine to pressure broadcasters--at the risk of not renewing their licenses--to cancel broadcasts by conservative commentators.

Today that risk is even graver. Because liberal talk programs, like Air America, can’t seem to survive no matter how much money their political backers invest, they’re far outnumbered by the likes of Rush Limbaugh, Laura Ingraham and Glenn Beck (with the exception of self-proclaimed “neutral” mainstream media, most of which tend to be decidedly liberal).

As a result, any “balancing” that FCC bureaucrats might do through a renewed “Fairness Doctrine” would likely only silence pro-gun, pro-freedom voices, and lead to fewer choices for consumers, not more.

So: What can we expect from Cass Sunstein as Obama’s “regulatory czar”?

Government censorship in the name of “fairness”?

New regulations to shut down animal medical research, the consumption of meat or hunting?

“Whatever rules America’s new ‘regulatory czar’ approves, we probably won’t have time to mobilize after the fact,” said LaPierre. “We need to be ready right now.”

“Federal regulations can come down the pike fast,” added NRA-ILA Executive Director Chris W. Cox. “If you want to be ready, you need to be a part of the NRA, and you need to get everyone you know on board as well.”

“Sign up for our personalized e-mail alerts,” LaPierre added. “Get the latest news at NRANews.com. Personal political activism is going to play a greater role in the future of our country than ever before.

IN THIS ARTICLE
Politics Hunting/Conservation
UP NEXT x

The World According To Cass