This past session, legislators in Oklahoma passed legislation by a combined vote of 143-2 allowing Oklahomans to decide whether to adopt a truly meaningful Right-to-Hunt constitutional amendment in November. Over the last five years, NRA-ILA has been leading the effort to adopt these improved amendments, and it is hoped this success in Oklahoma will lead to a wave of meaningful protections in other states as well.

The language of the proposed constitutional amendment reads: 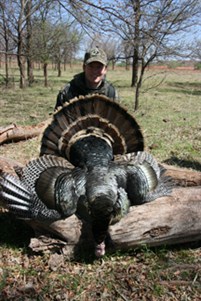 This Oklahoma language incorporates the key tenets of the NRA-ILA model. These provisions are significant, as they provide specific protections against the foreseeable attacks that will come from the Humane Society of the United States (HSUS), a group that has $120 million a year at its disposal to lobby and litigate against all aspects of our hunting heritage.

In a rare moment of candor regarding his true agenda, Wayne Pacelle, president of HSUS, told the Bozeman Daily Chronicle, “Our goal is to get sport hunting in the same category as cock fighting and dog fighting. Our opponents say hunting is a tradition. We say traditions can change.”

The threat may not be imminent in states like Oklahoma, but the future is far from certain. It is critical to adopt constitutional safeguards before urbanization and other demographic shifts in the state change things for
the worse.

The NRA-ILA model language dramatically improves upon the constitutional provisions adopted by a number of states over the past decade. The existing amendments generally state that the citizens have a right to hunt and fish “pursuant to laws and regulations.” Unfortunately, these amendments provide HSUS and the other radical animal “rights” groups with far too much latitude to ban much of what hunters do today.

Because laws and regulations can be changed to say just about anything, these amendments are like James Madison drafting the Second Amendment to declare, “… The right of the people to keep and bear arms shall not be infringed … unless Barack Obama and Hillary Clinton think it’s a good idea to ban firearms.” NRA-ILA supported these more general amendments of the past but, after reflection, decided there is a better way for the future. We know that we should always strive for improvement in everything that is done in the public policy realm. 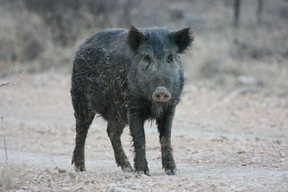 Good constitutional language finds a balance between the too general and too specific. Because of this, we generated a new “middle ground” model that has a number of core tenets that are reflected in the Oklahoma provision.

The first sentence of the proposed Oklahoma amendment clarifies that hunting, fishing and trapping are individual rights subject only to “reasonable” regulations adopted by the legislature and commission. We all know that hunting must be regulated at some level, but a “reasonableness” standard ensures that science, not politics and emotion, is the driving force behind regulations. Importantly, this provision ensures that hunting regulations are to be determined at the state level in order to preempt local hunting bans and a patchwork of hunting laws across the state that disrupt comprehensive game management strategies.

The commission is specifically mentioned because Oklahoma is one of the minority of states in which the wildlife commission is a constitutional, rather than legislative, creature. In many other states where NRA-ILA has advocated for a Right-to-Hunt amendment, only the legislature is specified in the language. Of course, the legislature will continue to have the power to delegate regulatory authority to the statutorily-created game commissions and departments in the states. The experts should continue to be the ones establishing reasonable hunting and fishing regulations. 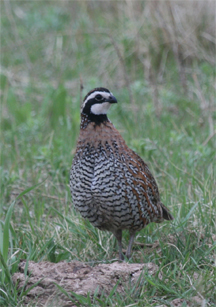 The third sentence recognizes the citizens’ right to use “traditional methods” to pursue game that is “not identified as threatened.” This language specifically protects against emotion-inspired bans of certain hunting methods, like archery tackle (something HSUS calls “cruel and barbaric”), or the use of dogs to hunt birds and other game. The reference to non-threatened game ensures that HSUS cannot impose the kinds of dove, deer, bear and cougar hunting bans it has imposed in other jurisdictions if those game populations are healthy and in need of management through hunting.

Protecting against the use of expensive and unproven contraception schemes and the hiring of taxpayer-funded sharpshooters to do what hunters have done well for generations, the fourth sentence specifies that hunting is to be “the preferred means of managing” wildlife populations. One of the most aggressive HSUS campaigns today is to argue, often at the city and county level, that hunting should be stopped as a means of controlling wildlife populations and replaced by “humane” contraception practices. 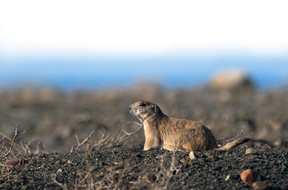 Finally, the last sentence clarifies that the Right to Hunt does not in any way erode private property rights in the state. This protects against outrageous claims that HSUS would no doubt make during its campaigns to oppose voter approval of these critically important amendments.

Oklahoma’s legislators and commission members should be commended for their willingness to surrender power to the citizens of the state. However, even though the current legislature and commission bar emotional hunting bans from being enacted, there is no guarantee their successors will follow suit.

Unlike officials in other states, the Oklahoma legislature did not allow an unrealistic fear of future litigation to deter it from adopting these essential safeguards. They know that some things, such as the long-term preservation of our hunting heritage, are more important than preventing the occasional lawsuit. By enacting this amendment in November, Oklahoma can serve as the example for other states. As we’ve seen with pro-Second Amendment legislation throughout the years, such as Right to Carry, the doomsayers will again be proven wrong.

Oklahoma wildlife officials understand that this amendment offers them as much protection as it does the sportsmen in the state. They know that their conservation efforts fail without hunters. Greg Duffy, director of the Oklahoma Department of Wildlife Conservation, said it best when he stated, “Hunters and anglers have always been the strongest advocates for sound conservation, and their license purchases fund conservation efforts here in Oklahoma.”

All Oklahomans should be sure to get to the polls on November 4 and proudly cast their vote for Ballot Question 742, the Right to Hunt and Fish Constitutional Amendment. It promises to forever safeguard hunting for future generations and set the new model for sportsmen throughout the rest of the country.