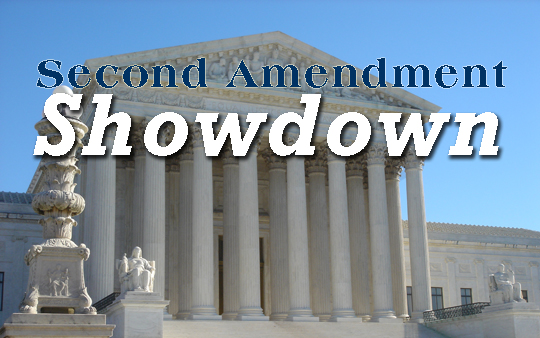 The U.S. Supreme Court heard District of Columbia v. Heller, a monumental Second Amendment case that will likely decide whether you have an individual right to keep and bear arms.

In March, the debate over whether Americans have an individual right to own guns made it into the marble halls of the U.S. Supreme Court. The case is District of Columbia v. Dick Anthony Heller, and it has garnered headlines across the nation. Unlike most constitutional questions in which there are enough past cases to give judges a roadmap, the last Supreme Court precedent directly interpreting the Second Amendment is the 1939 Miller decision, a decision so limited that even the Supreme Court says it has “never clearly decided” if the Second Amendment protects an individual right.

Without a clear precedent to follow, the court is looking all the way back to our founding era for direction. After the American Revolution and the ratification of the U.S. Constitution, James Madison drafted the Bill of Rights in 1789 and Congress acted on it in 1791, as it had promised it would after George Mason and others argued that the Constitution failed to protect the basic principles of human liberty. The first Congress then edited, debated and sent a proposed list of 12 amendments to the states, which ratified ten. Those ten amendments became our Bill of Rights. The Second Amendment (“A well regulated Militia, being necessary to the security of a free State, the right of the people to keep and bear Arms, shall not be infringed”) has stood for more than two centuries as a bulwark for personal liberty--a right that literally makes the frailest woman the equal of the brawniest felon.

It’s a right that has increasingly been attacked by those who would prefer to rewrite the Second Amendment into something that only protects state militias, not individual citizens.

Washington, D.C. is arguing it can ban handguns because, according to its logic, people don’t have a right to keep and bear arms unless they are members of a government-regulated militia. Dick Anthony Heller, however, is contesting that claim by arguing that D.C has infringed his Second Amendment rights. Heller is a security guard who carries a handgun while on duty guarding the federal building that houses the administrative offices of the federal court system, but he has to turn in his handgun when he goes home; as a result, he wants to be able to keep a handgun at home for self-defense. But D.C. turned down his request to register a handgun. So, though he is allowed to guard the government with a firearm, he has been denied the right to guard himself. This moral dilemma is the result of D.C.’s handgun ban, passed in 1976.

This clear confrontation set up a constitutional question that the Supreme Court defined this way: “Whether [provisions of the D.C. firearms code] violate the Second Amendment rights of individuals who are not affiliated with any state-regulated militia, but who wish to keep handguns and other firearms for private use in their homes?”

Though a decision isn’t expected until June, here’s what happened in the courtroom and how a ruling might affect your rights.

On March 18, the sun rose upon a line of 200 people who waited all night on the steps of the U.S. Supreme Court in Washington, D.C. for a chance to see this historic case. Nearly as many journalists were setting up TV cameras and conducting interviews. An informal survey of the people in line found it was loaded with Second Amendment adherents. It seemed like even more evidence that the clear majority of the American people understand that the Right to Keep and Bear Arms is a fundamental individual right--though the whimsical notion that the Brady Campaign vassals were too timorous to spend a night on D.C.’s crime-ridden streets occurred to a few.

The long line of expectant people prompted NRA President John Sigler to comment, “I’m pleasantly surprised and impressed by the number of people lining up and camping out to witness this monumental case. It demonstrates the significance of this cherished freedom to gun owners and the American people.”

Beyond the pulsating scene on the steps of the Supreme Court, those lucky enough to get inside found the court’s marble halls and church-quiet atmosphere filled with people waiting to make or witness history. The staid scene inside highlighted the fact that the presidents we elect appoint justices who then determine the scope of our rights. Journalists anxiously shuffled their feet. Justices stoically took their seats along their bench. The two opposing attorneys readied arguments designed to influence history. And the hot air of politics dissipated into the physical embodiment of our fundamental rights, imbuing all with the notion that the founding fathers would be listening.

Debate on the Amendment’s Definition

After dozens of lower court decisions, one very narrow 1939 Supreme Court decision, a library of books on the Second Amendment and decades of NRA advocacy, two lawyers with opposing views and just 30 minutes apiece were poised to state their cases. On one side was D.C.’s Walter Dellinger, a 1966 Yale Law School graduate who was acting solicitor general under President Bill Clinton, arguing that Americans don’t have the right to own handguns or keep functional firearms in their homes. On the other was Alan Gura, a 1995 graduate of the Georgetown University Law Center, contending that the Second Amendment clearly protects an individual’s right to own firearms and that D.C.’s handgun ban is unconstitutional.

Dellinger led off for D.C. He summed up his case by saying, “Even if the language of keeping and bearing arms were ambiguous, the [Second] Amendment’s first clause confirms that the right is militia related.”

Chief Justice John Roberts was quick to question this assertion: “If it is limited to state militias, why would they say ‘the right of the people?’ In other words, why wouldn’t they say ‘state militias have the right to keep arms?’” Indeed, the Framers certainly were capable of differentiating between the words “state” and “people.” This is clear from the text of the Amendment itself, which guarantees “the right of the people to keep and bear Arms.” Also, throughout the Constitution, individual rights are guaranteed to “the people.” When the Framers refer to a power of a state, they refer to “the states.” In fact, in the Tenth Amendment the Framers refer both to the “people” and to the “states,” demonstrating that they were capable of distinguishing between individual and state rights.

After a little more sparring, Justice Anthony Kennedy asked whether “the second clause [of the Second Amendment], the operative clause, is related to something other than the militia.” And then pressed further by asking, “It had nothing to do with the concern of the remote settler to defend himself and his family against hostile Indian tribes and outlaws, wolves and bears and grizzlies and things like that?”

Dellinger wasn’t able to answer that question, and was redirected when Justice Antonin Scalia moved the debate to what the Framers originally intended. Justice Scalia pointed out, “[the English jurist] Blackstone ... thought the right of self-defense w