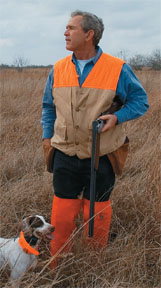 With the changes in this proposed rule, there will be 325 public hunting programs and 283 public fishing programs on national wildlife refuges.

“With this proposal, the U.S. Fish and Wildlife Service will have launched over 60 new hunting and fishing programs on national wildlife refuges since 2001, enhancing access and opportunity for millions of Americans to enjoy their favorite outdoor traditions,” said Steve Williams, usfws director.