A Short History of Gun Registration in the United States

In 1911, New York imposed the Sullivan Law, still in effect today, requiring a license to own a handgun. The law gives the issuing authority discretion over whom to issue a license. The purpose of the law was to deny handguns to Irish and Italian immigrants of the period, then considered untrustworthy by New York politicians with different bloodlines.

The law requires a separate license for each handgun owned, and the license achieves registration by noting the make, model and serial number of the handgun. For decades thereafter, New York City had extraordinarily high crime rates. The city’s violent crime rates plummeted in the 1990s, when the NYPD, under then-Mayor Rudy Giuliani, increased its enforcement of a broad range of criminal laws.

In 1934, the Roosevelt administration contemplated a ban on fully-automatic firearms. However, the Department of Justice advised against it, on the grounds that a ban would violate the Second Amendment.[10] Instead, FDR pushed for a law requiring the registration of fully-automatic firearms, short-barreled rifles, short-barreled shotguns, and firearm sound suppressors.[11] The resulting law was the National Firearms Act of 1934. FDR’s attorney general, Homer Cummings, wanted it to require registration of handguns as well. In 1938, the year that Cummings pushed for separate handgun registration legislation, he wrote, “Show me the man who doesn’t want his gun registered and I will show you a man who shouldn’t have a gun.”

In 1968, President Lyndon B. Johnson signed the Gun Control Act into law, complaining that it didn’t require gun registration.

In 1974, two activist groups, the National Coalition to Ban Handguns and the National Council to Control Handguns, were formed in the United States.[12] Both openly advocated banning handguns.[13] The “Council,” now known as the Brady Campaign, said that it envisioned a three-part plan to achieve a ban: slowing down handgun sales, registration, and a ban.[14] By the early 1980s, the group realized that its efforts to get handguns banned were not succeeding, so it started calling for only some handguns to be banned, but for all others to be registered.[15]

In 1986, President Ronald Reagan signed the Firearms Owners’ Protection Act into law. Among other things, the law prohibited a national gun registry.[16]

Anti-gun groups didn’t achieve a national handgun ban or handgun registration, of course, but in 1993 the Democrat-led Congress imposed a law intended to achieve the first part of the Council’s three-part plan, “slowing down” handgun purchases, by a waiting period of up to five days when acquiring a handgun from a firearm dealer. However, an NRA-backed amendment adopted prior to the law’s imposition terminated the waiting period in favor of the National Instant Criminal Background Check System (NICS) for all firearms acquired from dealers beginning in November 1998.

The “instant” aspect of NICS checks ended the “slowing down” of handgun purchases. However, anti-gun activists soon realized that, through a series of steps, they might be able to use NICS to achieve the second part of the Council’s three-part plan, gun registration. In 1999, the late-Sen. Frank Lautenberg (D-N.J.), a longtime gun control supporter, attempted to launch that effort by introducing legislation to require a NICS check on anyone who, at a gun show, bought a gun from a person who is not a firearm dealer.[17] Legislation focused on gun shows continued thereafter. In 2009, Lautenberg went further, introducing legislation proposing that the FBI retain, indefinitely, records of people who pass NICS checks to acquire guns.[18]

Since December 2012, gun control supporters have “demanded”[19] background checks on private (non-dealer) transfers of all firearms not only at gun shows, but everywhere. In 2013, Rep. Barbara Lee (D-Calif.) introduced legislation to eliminate the requirement that the FBI destroy the records of approved NICS checks within 24 hours.[20] Also in 2013, a Department of Justice memorandum said that a requirement for background checks on all firearm transfers “depends on . . . requiring gun registration.”[21] NICS would become a registry of firearm transfers if all firearm transfers were subject to NICS checks, the FBI retained records of approved checks indefinitely, and such records included information currently maintained on federal Form 4473s, which document the identity of a person who acquires a firearm from a firearm dealer, along with the make, model and serial number of the firearm acquired. Over time, as people would sell or bequeath their firearms, a registry of firearm transfers would become a registry of firearms possessed.

[1] Michael Planty and Jennifer Truman, Firearm Violence, 1993-2011, Table 14, May 2013.
[2] Following the Gun: Enforcing Federal Laws Against Firearms Traffickers, June 2000, p. 10.
[3] Crime in the United States, 2014, Violent Crime Table 4 and FBI UCR Data Tool. See also Claude Fischer, A crime puzzle, The Public Intellectual, May 2, 2011.
[4] 18 USC 926(a)(3): “No such rule or regulation prescribed after the date of the enactment of the Firearm Owners’ Protection Act may require that records required to be maintained under this chapter or any portion of the contents of such records, be recorded at or transferred to a facility owned, managed, or controlled by the United States or any State or any political subdivision thereof, nor that any system of registration of firearms, firearms owners, or firearms transactions or dispositions be established.” However, the National Firearms Act of 1934 requires registration of several categories of firearms, such as fully-automatics.
[5] Haynes v. United States, 1968.
[6] The group was formed in 1974 as the National Council to Control Handguns, with the staged objective of getting handguns banned. In 1979, it changed its name to Handgun Control, Inc. In 2001, it changed to its current name.
[7] “The first problem is to slow down the increasing number of handguns being produced and sold in this country. The second problem is to get handguns registered. And the final problem is to make the possession of all handguns and all handgun ammunition—except for the military, policemen, licensed security guards, licensed sporting clubs, and licensed gun collectors—totally illegal.” The group’s chairman, Nelson T. “Pete” Shields, in Richard Harris, “A Reporter At Large: Handguns,” The New Yorker, July 26, 1976.
[8] “Firearms Regulations in Various Foreign Countries,” May 1998.
[9] First Reports Evaluating the Effectiveness of Strategies for Preventing Violence: Firearms Laws, October 3, 2003.
[10] In 1939, the Supreme Court, in U.S. v. Miller, citing Aymette v. State (1840), indicated that the Second Amendment protects the right to arms that relate “to the preservation or efficiency of a well regulated militia,” including “ordinary military equipment” or other arms the use of which “could contribute to the common defense.” In Aymette, the Tennessee Supreme Court observed that the Tennessee constitution protected the right to arms “such as are usually employed in civilized warfare, and that constitute the ordinary military equipment. If the citizens have these arms in their hands, they are prepared in the best possible manner to repel any encroachments upon their rights by those in authority.”
[11] The law terms fully-automatic firearms and suppressors “machine guns” and “silencers,” respectively.
[12] The “Coalition” was renamed Coalition to Stop Gun Violence in 1989. The “Council” was renamed Handgun Control, Inc., in 1979 and renamed Brady Campaign to Prevent Gun Violence in 2001. For a time, Brady Campaign’s website said that the group was renamed Handgun Control, Inc. (HCI), in 1980. However, the correct date is 1979. See Nelson T. “Pete” Shields, identified as “chairman of Handgun Control, Inc.,” in “In Support of Handgun Controls,” Detroit News, March 12, 1979, and HCI’s “Handgun Body Count Bulletin,” May 31, 1979.
[13] In 1975, the “Council” called for “a ban on the manufacture, sale, and importation of all handguns and handgun ammunition.” (NCCH spokesman, later chairman, Nelson T. “Pete” Shields, in People Weekly, Oct. 20, 1975.) In 1976, it advocated a law “to make the possession of all handguns and all handgun ammunition . . . totally illegal.” (Shields, quoted in Richard Harris, “A Reporter At Large: Handguns,” The New Yorker, July 26, 1976.)
[14] Note 12, Shields, in The New Yorker.
[15] Handgun Control, Inc., newspaper advertisement, “Within the Next 50 Minutes Another One of Us Will Be Murdered By a Handgun,” copy on file with NRA-ILA, circa 1984.
[16] Note 4.
[17] S. 443. Note: Contrary to anti-gun activist propaganda, firearm dealers have always been required to run NICS checks on their sales at gun shows.
[18] S. 2820 proposed that the FBI indefinitely retain records on people who passed NICS checks to acquire firearms.
[19] In December 2012, Shannon Watts created a Facebook page called One Million Moms for Gun Control. Part of Michael Bloomberg’s Everytown anti-gun operation, Watts now calls her group Moms Demand Action for Gun Sense in America, commonly abbreviated to Moms Demand Action. Watts, “who is often portrayed in the media as just an ordinary suburban mother concerned about gun violence” is a former “public relations and communications professional for large corporations and . . . public affairs officer for the late Mel Carnahan, the vehemently anti-gun governor of Missouri.” (Dave Kopel, “The Scam Artist,” America’s 1st Freedom, July 2014.)
[20] H.R. 661.
[21] Greg Ridgeway, Deputy Director, National Institute of Justice, Summary of Selected Firearm Violence Prevention Strategies, January 4, 2013

New legislation introduced late Wednesday afternoon in Springfield would, for the first time, require gun owners to be ...

Former Vice President Joe Biden said Tuesday that he is open to a federal firearm licensing system and ...

Three controversial gun bills will not be released from committee, meaning they are essentially dead. The measures, which ... 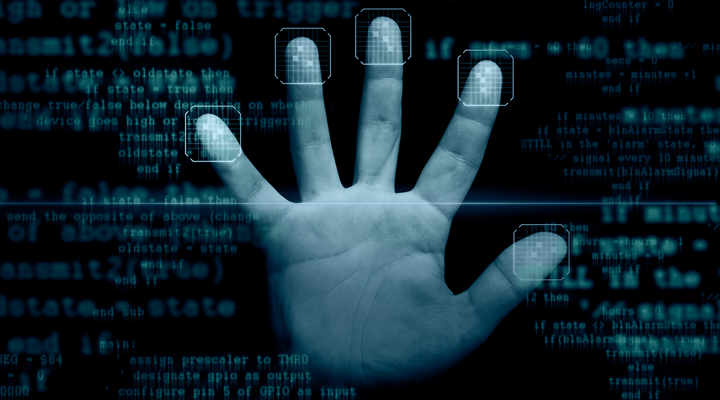 NRA-ILA has previously written about the FBI’s “Rap Back” service, a law enforcement tool allowing authorized agencies to receive automatic ... 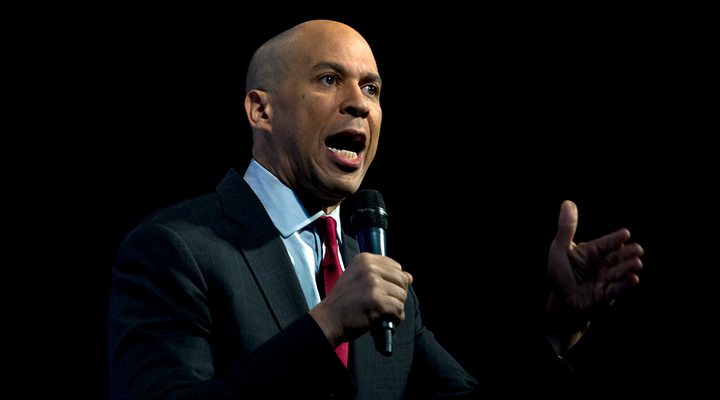 On Monday, in an obvious and desperate attempt to garner attention in an overcrowded 2020 Democratic presidential field, Sen. Cory ...

Having thus far failed to break through in the Democratic primary, Senator Cory Booker of New Jersey is ...

Democratic presidential candidate Sen. Cory Booker says gun violence “is an everyday experience to people like me.” As he unveiled ...