Nearly a quarter century ago, the Firearms Owners` Protection Act was signed into law. Looking back, it seems ...

With wide bipartisan support in both houses of Congress, H.R. 2296 and S. 941 could be historic victories ...

With wide bipartisan support in both houses of Congress, H.R. 2296 and S. 941 could be historic victories ...

In an all-too-rare court victory, a pair of North Carolina gun stores has defeated an attempt by the ...

As an FFL holder, you have specific legal rights that can help when the ATF comes calling. A ...

H.R. 4900: The “Bureau of Alcohol, Tobacco, Firearms and Explosives Reform and Firearms Modernization Act of 2007”

Since we last reported on our drive to reform federal firearm laws ("BATFE Hearings Lead to Reform Bills," ...

Since we last reported on our drive to reform federal firearm laws (“BATFE Hearings Lead to Reform Bills,” ... 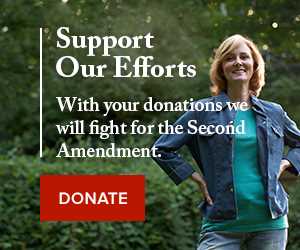