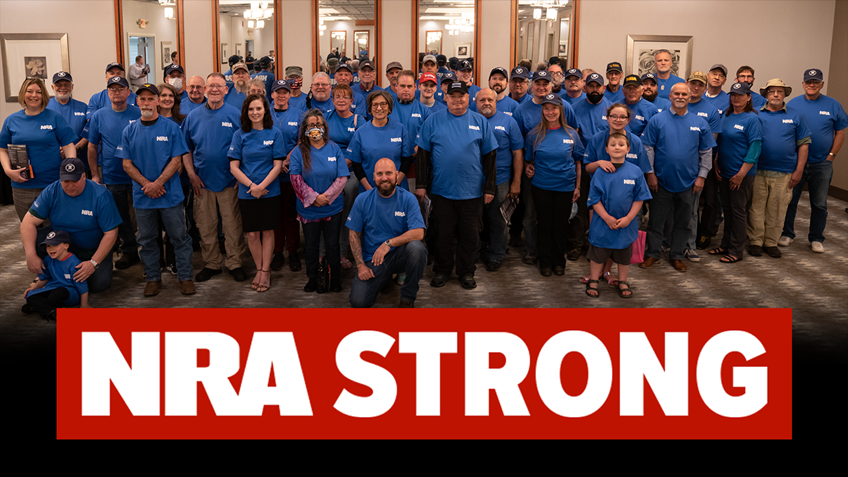 On April 21st, your NRA-ILA announced that we will be spending at least $2 Million in the fight against Federal Gun Control. As part of this concentrated effort to fight Biden's Gun Control Agenda, your Grassroots team has been traveling around the country to educate our members and supporters on not only the importance of being involved, but also on ways to actively engage in this fight.

Throughout the past month, your NRA hosted eighteen (18) in-person town hall meetings (and numerous virtual ones) with lawmakers in key states to discuss pending legislation at the federal level. Attendance at these town halls was at capacity in most places, and due to covid restrictions we had to set up a waiting list because we had more RSVPs than seats available in a number of states!

At the town halls, ILA staff gave substantive briefs on what Biden's Executive Actionswould mean for Gun Owners, different pieces of legislation that have been introduced in Congress, and the corresponding actions that need to be taken from the ground to defeat these anti-gun proposals.

The passion and commitment by attendees was palpable to say the least and NRA members have been eager to get involved by connecting with their U.S. Senators to ask them to oppose any new gun control.

Over the past couple of weeks, there have been TV and Digital Ads running in multiple states that have resulted in tens of thousands of voters contacting a handful of key senators to urge them to oppose both the nomination of David Chipman as ATF Director, as well as any proposed gun control.

Not only have there been TV and Digital Ads running, we have also sent mail to some of our members in key states, which has resulted in thousands of phone calls into these same key Senate offices over the past month.

The combination of our grassroots efforts, TV ads, Digital ads, and mail campaign hasresulted in hundreds of thousands of NRA members and supporters contacting their U.S. Senators to urge them to stand up for our rights - and that is just the beginning. We will continue to hold town hall meetings and travel around the country in the coming weeks and months to ensure all of our members are informed about these dangerous Biden gun control proposals, and how to fight back.

If you would like to get involved in this fight and haven't already, please contact your U.S. Senator to urge them to oppose the nomination of David Chipman as the new ATF Director. Also, please make sure you sign up to volunteer with our efforts by clicking here.