On no other issue do the candidates stand in such stark contrast.

President Trump has been a strong defender of the right to keep and bear arms, but Joe Biden wants to destroy the Second Amendment.

This may sound like hyperbole, but Biden’s 47-year history on guns leaves little question as to his position on Americans’ fundamental right to self-defense.

A simple examination of the gun policy page on the Biden campaign’s website reveals that there isn’t a single gun control policy that he doesn’t support.

He supports banning and confiscating millions of lawfully possessed firearms.

He wants to destroy the American firearms industry by allowing frivolous litigation.

He wants to make it impossible for many gun owners to buy firearm parts.

He wants to create a punitive tax on gun owners.

And, with only two days left in this election, Biden reiterated his intent to attack law-abiding gun owners if elected.

While many Americans might expect that our courts would intervene to stop such draconian and unconstitutional policies, Biden has a plan for that too. In numerous appearances, Biden and Harris have both refused to reject the idea of packing the United States Supreme Court to ensure that their unconstitutional polices are not struck down.

Make no mistake, a plan to pack the Court is a plan to destroy the Second Amendment. The justices that a potential Biden administration would add to the Court would undoubtedly be hostile to the right to keep and bear arms. Biden and Harris have both made their own position on the Second Amendment clear: they don’t believe law-abiding Americans have any right to possess firearms at all.

With less than 48 hours left in this election, now it’s more important than ever for all NRA members to reject these extreme and unconstitutional gun control polices by voting to reelect President Donald J. Trump. 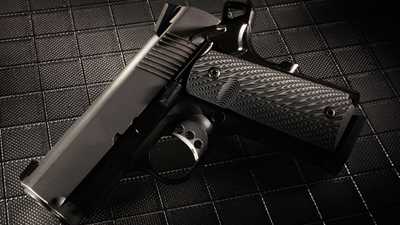