Yesterday was the deadline for all bills with a fiscal note to pass out of the Senate Ways & Means Committee and House Appropriations Committee.  Substitute Senate Bill 5444, which would create a back-door registry and 10 day waiting period on commonly owned semi-automatic firearms, failed to receive a committee vote by the fiscal cutoff deadline and is likely defeated for the year.  As previously reported, SB 5444 was referred to the Senate Ways & Means Committee last week after passing the Senate Law and Justice Committee on a 4-3 vote.

Thank you to NRA members and Second Amendment supporters for your active involvement this session.  Please continue to stay tuned for your email inbox for further updates as there are still anti-gun bills pending in the legislature. Please use the “Take Action” button below to contact legislators in opposition to these bills!

Senate Bill 5992 was originally introduced as a trigger modification device ban with broad, overreaching language that would have criminalized modifications commonly made to firearms by law-abiding citizens.  Instead, the legislation was amended on the Senate floor to narrow down the definition of the ban to apply only to bump-fire stock attachments.  This bill has been scheduled for a public hearing in the House Judiciary Committee on February 9th at 8:00AM.

Substitute Senate Bill 5441 would impose a 6-month firearm prohibition for any person who has been released from a 72-hour mental health evaluation.  Current law allows a person to be held for a limited time in order for a mental health professional to determine if the individual, based on allegations of a mental health or substance abuse disorder, is in need of treatment or further commitment.  At the end of the evaluation, individuals that are not in need of treatment are released.  SB 5441 would nonetheless apply a blanket prohibition of firearm possession to all released individuals, and requires the immediate surrender of all firearms and any concealed pistol license to law enforcement.  This legislation removes a constitutional right without any mental health adjudication or judicial determination, and without any due process of law. Currently awaiting a Senate floor vote.

Senate Bill 6298 would expand the list of domestic violence offenses that prohibit firearm possession to also include “Harrassment.”  Domestic violence is a serious issue and those convicted of violent offenses should be addressed accordingly.  However, the definition of harassment under Washington state law is so broadly defined that it includes 37 other crimes, many of which involve no form of actual contact or threat of harm to a person.  Under this legislation, even the offenses of graffiti and trespass fall within this umbrella category that could result in a firearm prohibition.  Imposing an automatic, blanket ban on constitutional rights for these wildly varying offenses is excessive and unwarranted.  Currently awaiting a Senate floor vote.

Substitute House Bill 1122 would require the locking up of one’s firearms or else they would potentially face reckless endangerment charges.  This intrusive government legislation invades people’s homes and forces them to render their firearms useless in a self-defense situation by locking them up.  House Bill 1122 is a solution in search of a problem. Currently awaiting a House floor vote.

House Bill 1483 would allow for the destruction of all firearms confiscated by or forfeited to the Washington State Patrol.  Like other seized items, these firearms should be sold by law-enforcement to generate revenue instead of spending money to have them destroyed. Currently awaiting a House floor vote.

Again, please click the “Take Action” button above to contact committee members, your Representative, and your Senator and urge them to oppose these anti-Second Amendment bills.

A man attacked their SUV in Pasco. This father was armed and ready 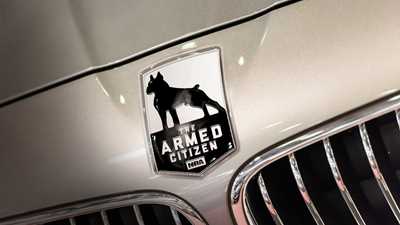