The California Legislature adjourned on September 15 and Governor Brown had until October 15to either sign or veto bills that made it to his desk. Below is a recap of the pertinent bills from this past session. The legislature will reconvene for the 2018 session on Wednesday, January 3.

Assembly Bill 103, the Public Safety omnibus budget trailer bill, changes current law by significantly expanding the prohibiting categories for firearms to include persons who have a warrant for a felony or disqualifying misdemeanor.  Current law prohibits a person from owning, purchasing, receiving, possessing, or having under his/her custody or control a firearm upon conviction of a felony or for ten years upon conviction of a specified misdemeanor (29085 pc).  AB 103’s drastic policy change will violate an individual’s right to due process as warrants can be issued without notice or hearing.  AB 103 was signed into law on June 27.

Assembly Bill 7 will further restrict the open carry of an unloaded firearm on public property by including certain unincorporated areas as prohibited places. Click here to read the Governor’s signing message.  AB 7 was signed on October 13.

Assembly Bill 424 will remove the authority of a school district superintendent, his or her designee, or equivalent school authority to provide written permission for a person to possess a firearm within a school zone. AB 424 was signed on October 14.

Senate Bill 464 would have increased the mandatory storage and security requirements for licensed firearms dealers, adding onto the already stringent requirements. Click here to view the Governor’s veto message. Vetoed on October 13.

Anti-Gun Bills Defeated in the Legislature:

Senate Bill 497, the problematic language that would have limited gun purchases to one per month was amended out of the bill.

Assembly Bill 757, sponsored by Melissa Melendez (R-67), also known as the “shall-issue” bill, addresses the inequitable nature of California’s current concealed carry law.  AB 757 was defeated during the session however reconsideration was granted by the committee allowing the bill to return in 2018.

Pro-Hunting Legislation Defeated in the Legislature:

Assembly Bill 521 would have significantly reduced California’s high-priced resident elk tags from nearly $450 to $100 and created an apprentice (youth) elk tag for $20 per tag.  Currently, youth hunters pay the same price for elk tags as adults. 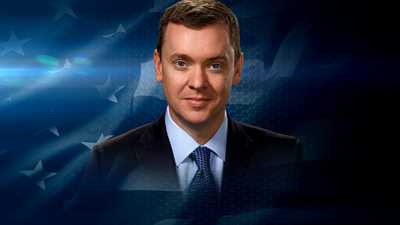