On Monday, June 26, the Office of Administrative Law (OAL)  formally rejected DOJ’s proposed regulations for the registration of newly classified “assault weapons,” which go far and above what is necessary by creating over 40 new definitions and improperly re-classifying certain firearms as “assault weapons.”  If those proposed regulations were approved, California gun owners would have been subject to burdensome and excessive requirements in order to register firearms equipped with “bullet buttons” as required under California law.

By rejecting the proposed regulations, the OAL appears to have agreed with NRA and CRPA attorneys, who on June 19 submitted a comprehensive opposition letter highlighting how DOJ’s proposal was unnecessary, lacked appropriate legislative authority, and was otherwise vague and unenforceable.

Today’s rejection is welcome news to all California gun owners, but the battle is far from over.  DOJ may still appeal the rejection to the office of the Governor and gun owners will remain in the dark about how to comply with the new law.

To stay up to date on issues impacting your Second Amendment rights in California, subscribe to NRA and CRPA email alerts, along with checking www.StandAndFightCalifornia.com.

If you would like to contribute to the NRA and CRPA legal efforts in California, including Rupp v. Becerra challenging the Assault Weapon Control Act click here. 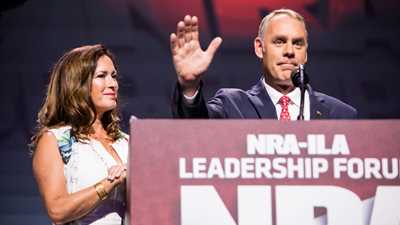