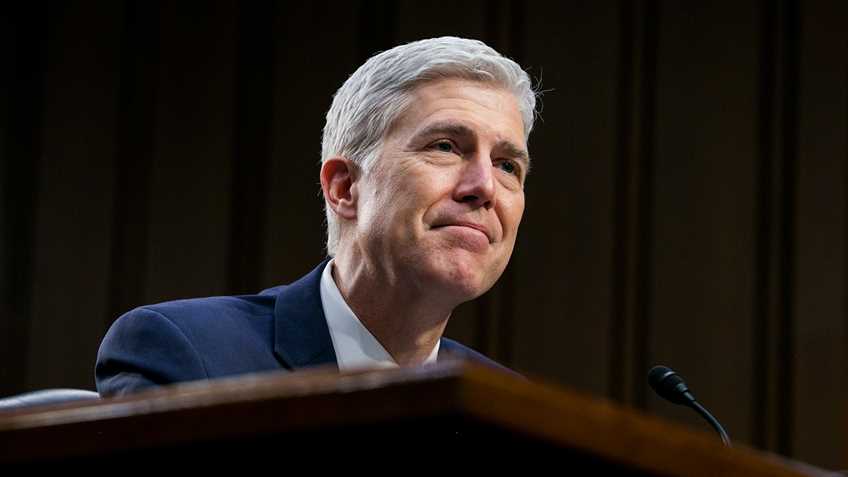 This feature appears in the April ‘17 issue in all official journals of the National Rifle Association.

I think it’s fair to say that before late January, few Americans outside of the legal profession had heard of Judge Neil M. Gorsuch of the U.S. Court of Appeals for the 10th Circuit in Denver. That all changed, of course, once he was nominated by President Donald Trump to replace the late, great Justice Antonin Scalia.

As Gorsuch so eloquently said when accepting this nomination, Scalia was a “lion of the law.” He achieved that stature by following two guiding principles in his approach to any given case. The first pillar of Scalia’s philosophy was textualism. This simply means looking first and foremost to the actual words of a law to discern its meaning. The second pillar was originalism. That means interpreting those words according to the Framers’ intent when our Constitution was written.

When Scalia had the opportunity to apply these techniques to the Second Amendment in the landmark case of District of Columbia v. Heller, the Second Amendment was understood to be an individual right grounded in the core notion of defense. And if that gave certain policymakers heartburn, then they had to seek remedies through the prescribed process of amending the Constitution, not simply by trying to convince the court that times had changed.

“Undoubtedly some think that the Second Amendment is outmoded in a society where our standing army is the pride of our Nation, where well-trained police forces provide personal security, and where gun violence is a serious problem,” he wrote for the majority. “That is perhaps debatable, but what is not debatable is that it is not the role of this Court to pronounce the Second Amendment extinct.”

Scalia’s prominence arose mainly because of his dedication to judicial philosophies that made his own policy preferences (whatever they might be) largely irrelevant. He was famous for self-restraint in applying the law as it was originally intended and understood, rather than what political elites at any given moment in time believed would make it better or more relevant.

His statements in that case show that he would hold the government to a high standard before allowing it to strip someone of their fundamental right to keep and bear arms.

Great judges do not engage in a revolutionary process of remaking the law in their own image, or of pursuing a social or political agenda through game-changing legal “innovations.” Nor do they seek to impose their personal views on the law. Rather, great judges seek to faithfully apply the law to the facts of the cases before them.

And so it is with Gorsuch. An NPR profile of Gorsuch quoted him as stating that judges should “‘strive to apply the law as they find it, focusing backward, not forward,” on the original meaning of the Constitution when it was written 230 years ago. The same article compared this approach to what it called “pragmatism,” which emphasizes a judge’s perception of the practical effects of a decision, rather than the law’s actual commands. What the article doesn’t mention is that the second approach makes every legal case an opportunity for a politically motivated judge to rewrite the law.

Please contact your U.S. Senators and ask them to confirm Judge Neil Gorsuch for the U.S. Supreme Court. You can call your Senators at (202) 224-3121.

Even as The New York Times howled against Gorsuch’s nomination for a “stolen seat,” it noted that his “jurisprudence and writing style are often compared to those of Justice Scalia.” The Times went on to admit, “In normal times, Judge Gorsuch—a widely respected and, at 49, relatively young judge with a reliably conservative voting record—would be an obvious choice for a Republican president.” But, the editors huffed, “[t]hese are not normal times.”

There is at least one thing, however, upon which critics and advocates of Gorsuch can agree: He, like Scalia, is a committed originalist. As much as anything, that should reassure gun owners where Gorsuch stands on the Second Amendment’s individual right to keep and bear arms for self-defense.

Simply put, Gorsuch’s embrace of originalism is a bulwark for our Second Amendment-protected rights. An originalist view of the Second Amendment, for example, could reach no other conclusion than our right to keep and bear arms is not limited to the home. The Framers knew full well that the inherent right of self-defense applies in public just as much as it does in the home. And it would be a twisted reading of the Constitution indeed to hold that the phrase “bear arms” means nothing more than walking around in your home with a firearm.

A consistent record of applying a distinct judicial philosophy—like textualism and originalism—is far more important than any bland assurances a nominee, who obviously wants to say as little as possible to get confirmed, might give at a confirmation hearing.

For evidence of this, look no further than Barack Obama’s Supreme Court nominee Sonia Sotomayor. During her confirmation hearing, Sotomayor was asked, “Is it safe to say that you accept the Supreme Court’s decision as establishing that the Second Amendment right is an individual right? Is that correct?” “Yes, sir,” she immediately responded.

On the first chance she got, however, Sotomayor voted against applying the Second Amendment’s individual right to state and local action and joined a dissenting opinion that argued the Heller decision was wrongly decided. She instead would have upheld Chicago’s ban on handguns in the home for self-defense in that case, McDonald v. Chicago.

We have not seen a case where Gorsuch was squarely required to opine on the meaning and scope of the Second Amendment to resolve a dispute. But actions he has taken as a judge make clear that he understands the importance of our right to keep and bear arms.

In a case concerning a technical question of what the government must prove to establish a violation of the Gun Control Act, Gorsuch voted with the majority—as the law of his circuit required—to uphold the defendant’s conviction. His fidelity to the law showed integrity.

But he was troubled by the low threshold the precedent established for such convictions, and he made that clear in a separate, concurring opinion. He believed applying the circuit’s precedent resulted in misreading of the underlying statute, a conclusion he bolstered by noting “the Second Amendment protects an individual’s right to own firearms and may not be infringed lightly.”

The defendant then asked the full court—which had power to correct the precedent—to rehear the case. It refused. Gorsuch dissented from this decision, and again wrote separately, once more referencing the constitutional implications of the decision.

“[G]un possession is often lawful and sometimes even protected as a matter of constitutional right,” he stated. “The only statutory element separating innocent [even constitutionally protected] gun possession from criminal conduct in [the law] is a prior felony conviction.” Thus, Gorsuch believed, the government must prove the accused knew he was a felon at the time he possessed a gun.

His statements in that case show that he would hold the government to a high standard before allowing it to strip someone of their fundamental right to keep and bear arms.

In nominating a judge in the mold of Scalia, Trump has fulfilled a promise to America.

Predictably, Gorsuch’s nomination immediately provoked resistance from Trump’s political opponents. Few of them have anything of substance to say about Gorsuch’s own qualifications. Their comments are based on nothing more than pandering to their political base.

They know, for example, that Gorsuch was confirmed to his current federal appellate court seat by a unanimous voice vote in the Senate. They also know that those voting for him included then-Sens. Barack Obama, D-Ill., Joe Biden, D-Del., and Hillary Clinton, D-N.Y., as well as Sens. Chuck Schumer, D-N.Y. and Dianne Feinstein, D-Calif.

Mostly, his critics have been reduced to arguing nonsensically that Republicans “stole” Scalia’s seat from Obama’s nominee to replace him, Judge Merrick Garland of the U.S. Court of Appeals for District of Columbia Circuit, who was not confirmed by the U.S. Senate. These are the same people, of course, who argue that Trump himself does not legitimately occupy the White House because he won “only” the Electoral College vote.

Attempting to smear Gorsuch’s sterling record, House Minority Leader Nancy Pelosi, d-Calif., claimed that he favors “felons over gun safety,” and that anyone who “breathes air or drinks water” should oppose him. Others, including several U.S. senators, opposed the nomination before Gorsuch was even announced as the nominee.

Both sides understood that the November presidential election was largely a referendum on the future direction of the U.S. Supreme Court. Our opponents, unfortunately, don’t seem to realize that their side lost. In nominating a judge in the mold of Scalia, Trump has fulfilled a promise to America. The Senate should therefore do its sworn duty and swiftly confirm Gorsuch to the court.

Montana: Right to Hunt and Fish Constitutional Amendment Could be Heard Next Week 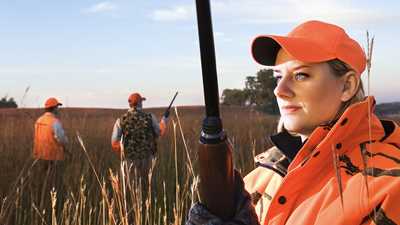