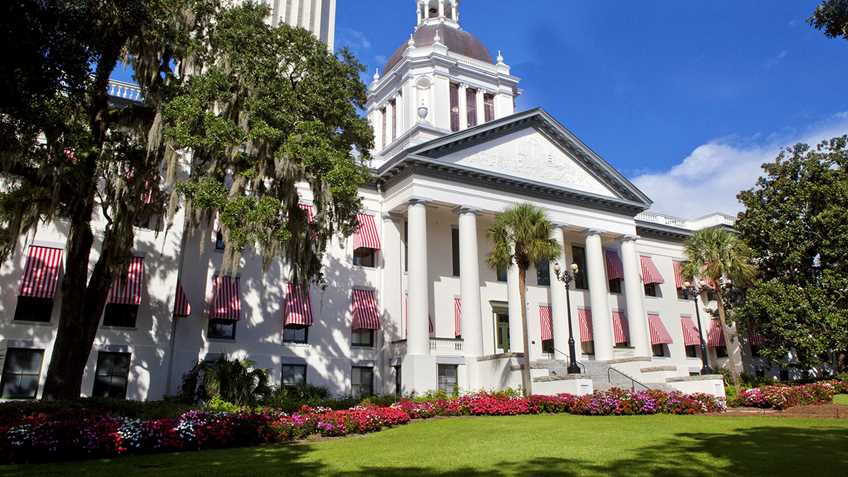 An AP reporter in Florida's Capitol Bureau recklessly wrote an article without bothering to get his facts straight and misinformed readers throughout the state.

AP reporter William March reported that an amendment had passed the Florida House that would prohibit recreational discharge "in a residential area with a density of one home per acre or more."  Mr. March wrote that it would ban shooting ranges on private property whether in the center of one acre or in the center of one-hundred acres. THAT IS FALSE.

The amendment that passed deals with the "reckless and negligent" conduct of people who erroneously think they can legally build makeshift shooting ranges in their backyards in dense residential neighborhoods and target shoot in the direction of neighbors homes and playgrounds.  That is already illegal.

The language of this amendment prohibits recreational discharge in an area that has a residential density of one or more dwelling units per acre. However, it clearly says that the discharge prohibition does not apply if a person is defending life or property or if, under the circumstances, the discharge does not pose a reasonably foreseeable risk to life, safety or property.

This clarification is intended to stop those who recklessly, negligently and knowingly endanger the lives and property of their neighbors and their neighbors' property.

s.790.15 Discharging firearm in public or on residential property

This amendment is entirely different from HB-623, introduced by Rep. Darryl Rouson (D), that would have effectively prohibited private shooting ranges on private property.  That bill was defeated in the House Criminal Justice Committee on 3/24/2015.

UPDATE ON OTHER MATTERS

HB-4005/SB-176 Campus Carry, is currently being blocked from coming to a vote in the Senate. This bill would allow adults who are 21 years of age or older and who are licensed by the state, to carry concealed firearms for protection on university and college campuses.  Currently rapists, thieves, and terrorists are carrying guns in these "gun-free-zones" where the law-abiding can't legally protect themselves.

HB-4005 by Rep. Greg Steube (R) has passed all House Committees and has the votes to pass the full House.  It is ready to go the House Floor.  However, since the companion bill is being blocked in the Senate, the House would be wasting time to continue to move the bill unless the Senate does something.

HB-19/SB-180 School Safety is also currently being blocked from coming to a vote in the Senate.  This bill would allow local School Districts to chose to hire armed security or use trained, armed volunteers on K-12 school campuses to keep our children safe from shooters and terrorists who prey on "gun-free-zones."

HB-19 by Rep. Greg Steube (R) has passed all House Committees and has the votes to pass the full House.  It is ready to go the House Floor.  However, since the companion bill is being blocked in the Senate, the House would be wasting time to continue to move the bill unless the Senate does something.

SB-180 by Sen. Greg Evers (R) has passed the Senate Criminal Justice Committee and is stuck in the Senate Education PreK-12 Committee because too many Republicans members of that committee have joined the anti-gun Democrats on the committee to oppose allowing armed security on school campuses to protect our children.

There is still at least one full week of this legislative session left.  We are still working to find a way to get these bills passed before regular session ends.

Gun Grabbers High on Hillary, Look to Her to Enact Controls Where Obama Failed