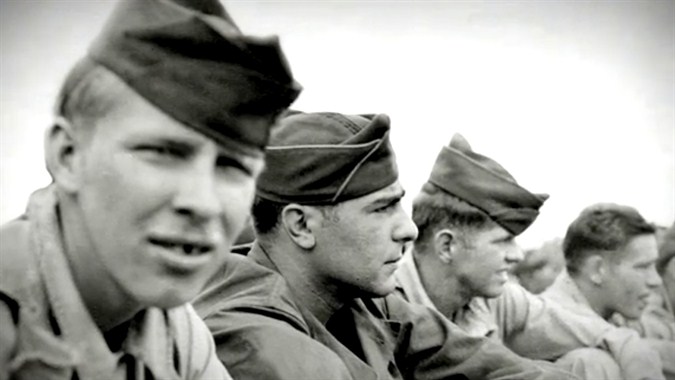 The Eau Claire Area School District set a new low for the actions of anti-gun school administrators Tuesday when they put a halt to what had been a Veterans Day tradition in the Wisconsin city.  The school district barred a local veterans group, the Patriotic Council, from conducting their traditional Veterans Day program on school grounds because it includes veterans carrying rifles and a 21-gun salute with blank ammunition.

Attempting to justify the school district’s decision, ECASD Executive Director Timothy Leibham told local TV station WEAU, “There are just some conditions that we have to adhere to and the shooting of guns, even with blanks, is something we don't feel is appropriate given society, and the concerns that we have and that the community has, on school premises.”

According to the Patriot Council, attempts were made to compromise with the school district, but their offers were rebuffed.  Patriotic Council Vice President Kaye Olsen told WEAU, “It's really hard to tell the veterans they're not allowed to bring those rifles in...  Which, the only purpose is, to honor our flag and our country and to teach the kids.”  She added, “I was hoping maybe we could find a compromise, but when it comes to the weapons, there was no compromise.” The group eventually decided to move the program to the property of a nearby Burger King.

The fact that these school officials have targeted a patriotic, ceremonial, and formalized tradition of veterans honoring their fallen comrades from our nation’s wars illustrates the zealotry behind efforts to use public education to marginalize every aspect of the role firearms play in American life.  ECASD school officials would rather deprive students of the opportunity to learn about the sacrifice of our nation’s veterans, and deny veterans the opportunity to share their experiences with succeeding generations, than acknowledge the legitimacy of firearms for any purpose.  That is not only a disservice to their students educationally; it is an insult to those who carried those arms in defense of American freedom.